For the first time in Ireland, XOCEAN deployed an uncrewed surface vessel (USV) to conduct an environmental survey of the seabed in collaboration with the Dundalk Institute of Technology (DkIT) off the Co. Louth coast last week.

It was the first time an uncrewed vessel had operated in Irish waters and the operation represents a major step forward in reducing the carbon footprint associated with offshore survey activities.

According to the company, XOCEAN delivered over 100 projects globally for some of the world’s largest companies so far and is planning to recruit 100 additional hires in the next six months.

As reported, Ireland is fast-tracking the development of its offshore wind sector in line with commitments to increase offshore wind capacity to 3.5GW as part of the government’s ambitions to deliver 70% of electricity from renewable sources by 2030, as a result of the 2019 Climate Action Plan.

Therefore, this environmental research survey, utilising multi-beam echo-sounder sensors will be used to characterise the seabed in this area of the Irish Sea.

The USVs are around the size of an average car (4.5 metres) and half its weight (750kg) and emit just one thousandth of the carbon typically produced by traditional offshore survey vessels, XOCEAN explained.

Commenting on the project, James Ives, CEO of XOCEAN said: “Our USV platform has demonstrated itself to be a safe, reliable and low carbon solution for the collection of ocean data. We are delighted to be working in Irish waters and in collaboration with Dundalk Institute of Technology, on this important environmental project.”

“We are constantly looking for innovative ways to promote positive sustainable action on climate change and XOCEAN’s low-carbon approach to delivering marine data in the safest way possible is a very positive step forward”, stated Hildegarde Naughton, T.D. and Minister of State at the Department of Transport.

“The vision and innovation demonstrated by Irish based XOCEAN create opportunity for the development of sustainable projects to be conducted in a sustainable way, such as the preparation of sites and route planning for offshore wind energy projects.”

The Irish company was also a part of a milestone project, where its USV completed the first-ever uncrewed survey of fish populations around oil platforms in the North Sea.

Most recently, XOCEAN revealed its plans to become the first company to commercialise USVs for ocean data gathering with a €1.7 million grant secured from the European Maritime and Fisheries Fund (EMFF). 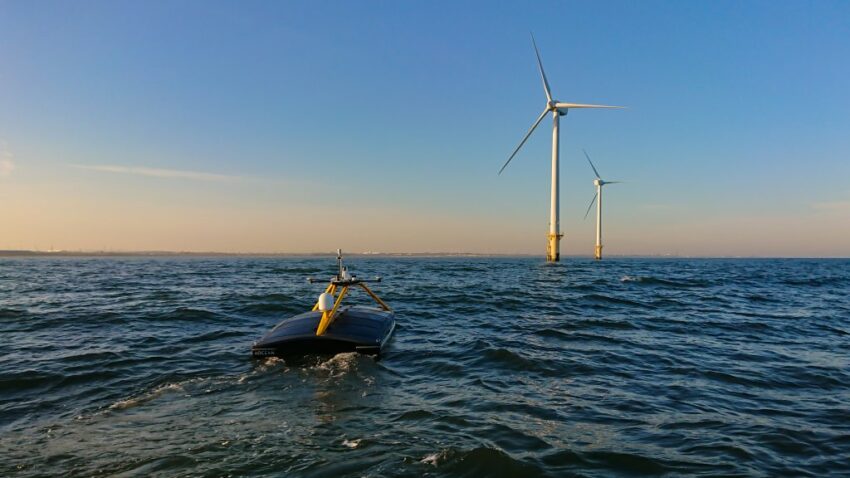