As explained, Yang Ming’s Q3 results were impacted by its strategic decision not to exercise options with respect to certain formerly chartered vessels. Having started last year, Yang Ming already redelivered thirteen of its high-cost chartered vessels and there will be another five next year.

By opting out, the company incurred obligations under the charter parties. The potential effect of the arrangement was estimated at USD 44.75 million and lowered Yang Ming’s third-quarter results, which otherwise would have showed a profitable quarter.

Nevertheless, Yang Ming’s cash flow and operations have not been negatively affected.

According to analyst firm Alphaliner, annual capacity growth is forecast at 3.7% and global throughput growth for 2019 is estimated at only 2.5%, which suggests a softer market demand than was previously expected. Meanwhile, the container shipping market remains vulnerable to trade uncertainties and geopolitical tensions. It is unclear to what extent will these tensions and uncertainties have on demand, Yang Ming said.

“Despite unpredictable market conditions, Yang Ming has improved its volume and revenue largely due to the efforts of business strategy and competitiveness enhancements,” the company noted.

Following vessels’ redeliveries coupled with Yang Ming’s future containership newbuilds, the company expects that it would optimize its operating cost.

“Anticipating ongoing US-China trade disputes and a shift in the global supply chain, Yang Ming will continue to optimize its Intra-Asia service network,” the company added. 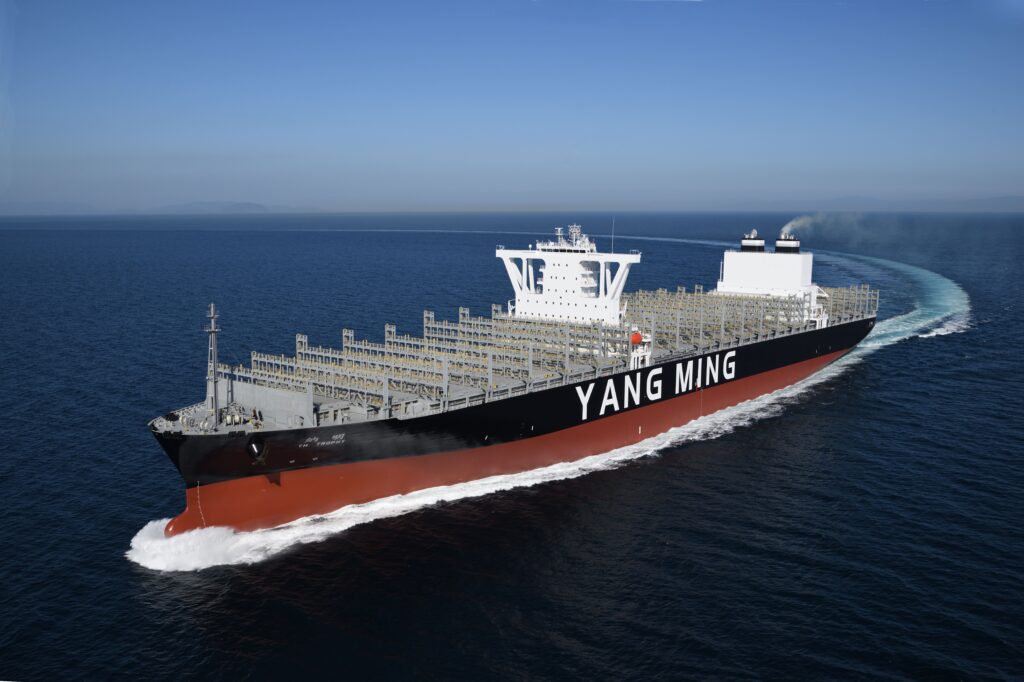