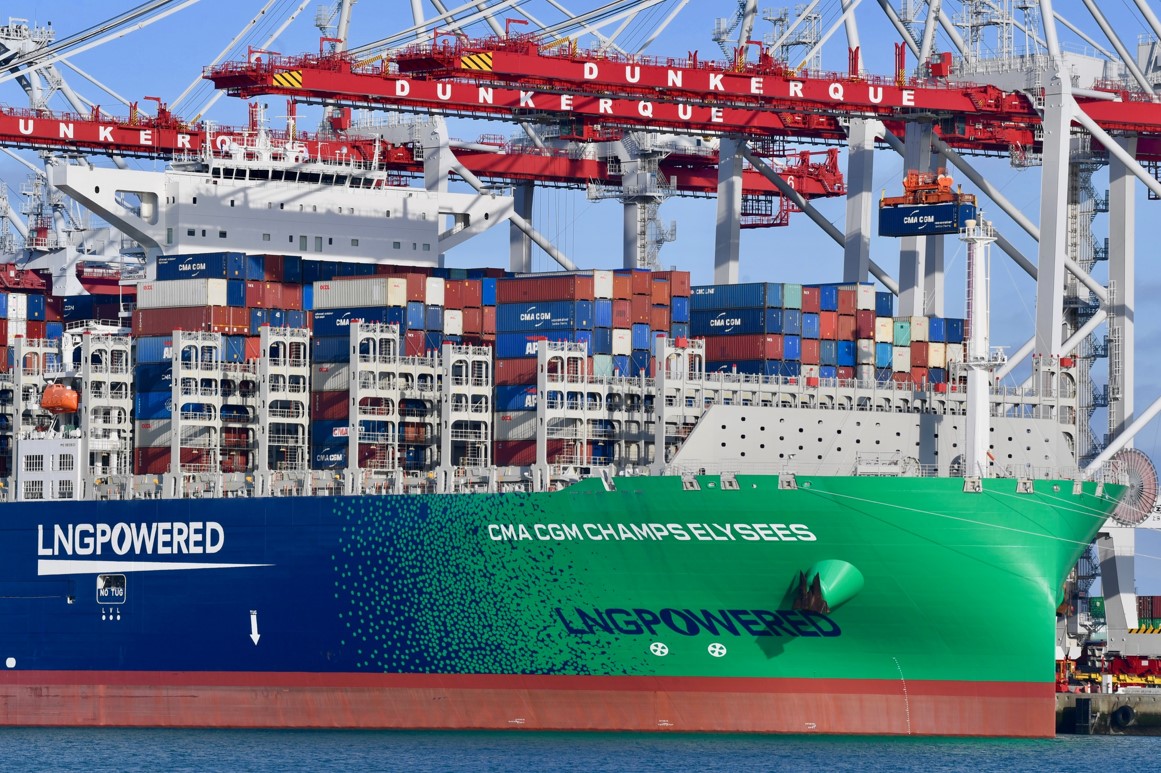 Members of the OCEAN Alliance, CMA CGM, COSCO Shipping Lines, OOCL and Evergreen have signed the Ocean Alliance Day 7 Product, which will launch in January 2023 with 40 services and an annual capacity of 22.4 million TEUs.

It has been announced that 26 dual-fuel, LNG-powered CMA CGM ships would be assigned to Ocean Alliance. The new product will feature a total of 353 containerships, of which 125 will be operated by the CMA CGM Group, 40 services; and an estimated total annual capacity of around 22.4 million TEUs.

The launching of the new service will coincide with the entrance into force of IMO’s Carbon Intensity Indicator (CII) rating scheme which has come under a lot of fire recently as not being fit for purpose.

“With the signature of Ocean Alliance Day 7 Product, the CMA CGM Group continues to support its customers’ business, by expanding its range of services to serve more ports, with direct calls and improved transit times starting from January 2023,” CMA CGM said.

CMA CGM already operates 26 dual-fuel, LNG-powered ships under the aegis of Ocean Alliance, and the company added that its entire e-methane-ready fleet will expand to 77 ships by year-end 2026.

“Stepping into 2023, OOCL and its partners will be offering upgraded shipping options based on an optimised network and refinements to the schedule of port rotations, with additional capacity being provided by OOCL’s upcoming 24,000 TEU vessels. Furthermore, we will continue to honour our commitment to a greener future, working together with you to lower carbon emissions in the supply chain,” OOCL said.

The first vessels from the batch have already hit the water.

In addition, the company has also placed an order for seven methanol-compatible 24,000TEU container vessels earlier this year with expected delivery starting from the third quarter of 2026. The green fuel technologies to be applied on these new vessels, most notably for the methanol dual-fuel engines, constitute a significant milestone in OOCL’s decarbonization journey.

The alliance was launched back in 2017 and two years after its launching it got extended until 2027.