Port operator Abu Dhabi Ports has signed a long-term agreement with Switzerland-based MSC Cruises under which it would give the cruise line berthing rights at Abu Dhabi Cruise Terminal and Sir Bani Yas Cruise Beach.

According to Abu Dhabi Ports, the deal is expected to bring 1.3 million visitors to the capital over the tenure of the agreement.

Abu Dhabi Cruise Terminal reported significant growth over the last 12 months, posting a 47 percent rise in passenger numbers and a 45 percent rise in vessel calls. The terminal’s bumper year was due in part to MSC Cruises’ commitment earlier this season to include seventeen new calls at Zayed Port.

Last December, the terminal marked one of its busiest days of the 2019/20 winter season to date, when it welcomed more than 8,000 visitors as part of a triple call to Abu Dhabi, which included the maiden call of MSC Cruise’s luxury liner MSC Bellissima.

“This new agreement with Abu Dhabi Ports for preferential berthing rights is another demonstration of the long-term commitment from MSC Cruises to the Arabian Gulf, and it will further consolidate our position as the largest passenger cruise operator in the region,” Gianni Onorato, CEO of MSC Cruises, commented.

“Abu Dhabi is a very important embarkation port and popular destination for ashore visits during winter cruises and we are currently serving the city and Sir Bani Yas Cruise Beach with both MSC Bellissima, … one of the most environmentally-advanced cruise ships to sail in the Arabian Gulf, and MSC Lirica.”

“This historic deal will play a significant role in positioning Abu Dhabi as a top destination for cruises in the region,” Ali Hassan Al Shaiba, Acting Executive Director of Tourism and Marketing at the Department of Culture and Tourism – Abu Dhabi, pointed out. 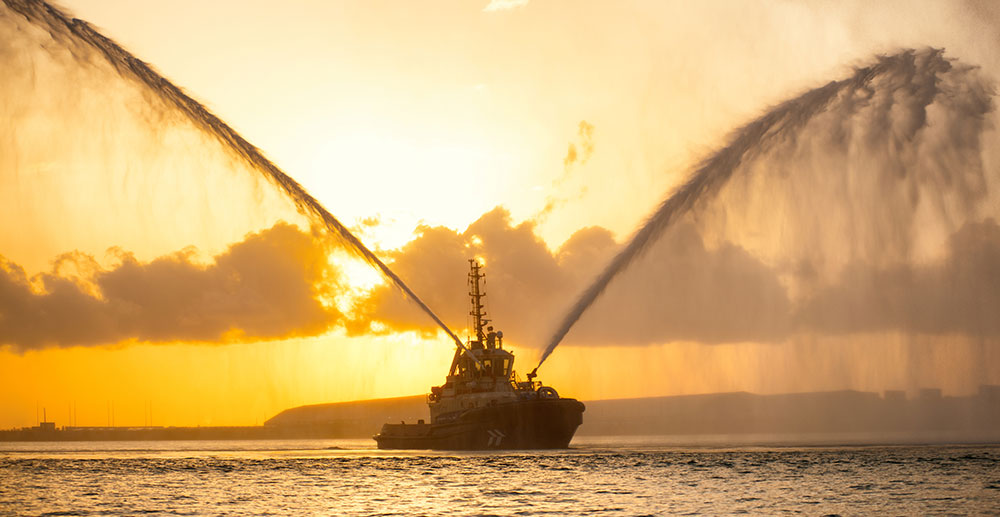