Alu Marine shipyard recently launched a new futuristic passenger boat for the city of Calais. The 20 meters long and 6 meters wide shuttle boat arrived at the city of Calais in North of France by exceptional convoy on May 29th.

This new futuristic vessel with design inspired by the most advanced tramway projects, was designed to carry passengers on the Calais waterways between the Citadel and the Coulogne bridge.

After 7 months of construction at the Alu Marine shipyard, the shuttle boat has been launched in front of the Cité de la Dentelle in Calais under the gaze of hundreds of spectators. Natacha Bouchart, Senator-Mayor, Philippe Blet, president of Cape Calais, Serge Peron, President of Sitac, Daniel Roussel, Director of Bus Opale Calais, Calais and several elected officials also attended the launch and the first maneuvers of the boat on the channel.

The boat has the capacity to carry 70 passengers in the transport version and 44 guests in the restaurant version. The propulsion consists of a 63 kW engine, which will give an average speed of 6.5 knots.

The city of Calais will inaugurate this new shuttle boat on June 15th with the French Minister of Transport, Frederic Cuvillier, before the strongly expected public opening on June 17th. 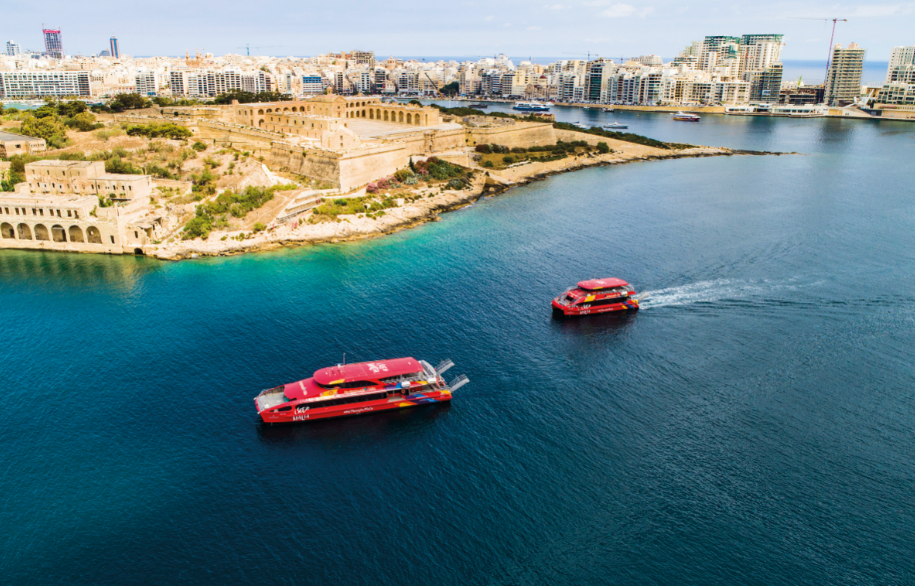