Aqueos Corporation announces that they have commissioned the build of SPLASH™ (Special Purpose Liveboat and Survey Hull) vessel to specifically address safety concerns with traditional methods of Liveboating.

Typical Liveboating involves a diver performing work underwater while his hose is being tended from the bow of a utility type vessel, which is not moored and using its main propulsion system to keep position with the diver. SPLASH™ is specifically designed to eliminate the obvious risks associated with this practice, including the potential of entanglement of the diver umbilical and equipment with the vessel propellers, the potential for injury to the diver jumping from the high bow freeboard to the water. Other safety considerations include a “raised” pilot house with integrated 360 degree view to monitor diver position as well as integrated USBL and diver work beacon to allow the vessel master to “see” diver’s subsea position relative to vessel position.

Ted Roche, President and CEO of Aqueos Corporation states, “SPLASH™ is a paradigm shift with regards to safety in liveboating and for diving practices in general. It is our company’s goal to leverage technology to mitigate risk and increase efficiencies wherever possible, and SPLASH™ embodies this philosophy.” With SPLASH™ Aqueos further asserts itself as “The Leader in Diving Safety.”

SPLASH™ is being manufactured by Metal Shark, LLC (Gravois Boats) of Jeanerette, LA which has been an instrumental partner to Aqueos in the design of this purpose built dive vessel. SPLASH™ is intended to be operational by the 4th quarter of 2014. 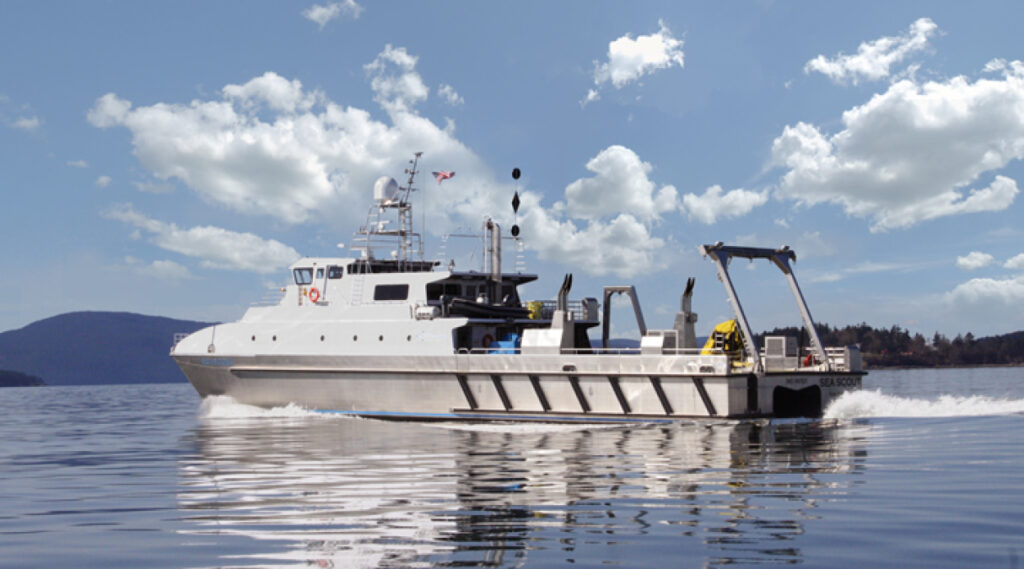