The Great Southern – a region in Western Australia – has stepped closer to fulfilling its wave energy ambitions after the Albany Visitor Centre was announced as the location for the Wave Energy Research Centre.

The news comes after the State Government awarded Au$3.75 million (€2.3 million) to The University of Western Australia (UWA) to establish a marine energy research hub in Albany to drive offshore research and innovation.

UWA Vice-Chancellor Professor Dawn Freshwater said the University was pleased to play a key role in the project and work with government and industry leaders to expand WA’s knowledge of renewable wave energy.

Professor Freshwater said: “With our abundance of wave, wind and solar energy, Western Australia is ideally positioned to be at the forefront of renewable energy research and technology. The Wave Energy Research Centre will undertake world-class research to support the growth of the entire marine renewable energy sector.

“Research will be undertaken across a range of areas including offshore engineering, oceanography, marine biology, marine planning and management with potential impact on marine policy and law, commerce and economics.”

State Government funding for the center will be provided over four years and bring together more than 30 researchers from UWA. 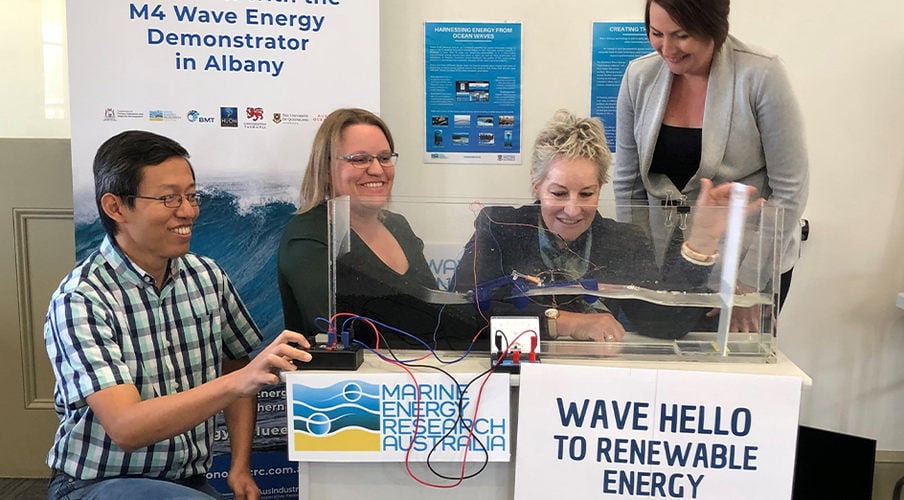