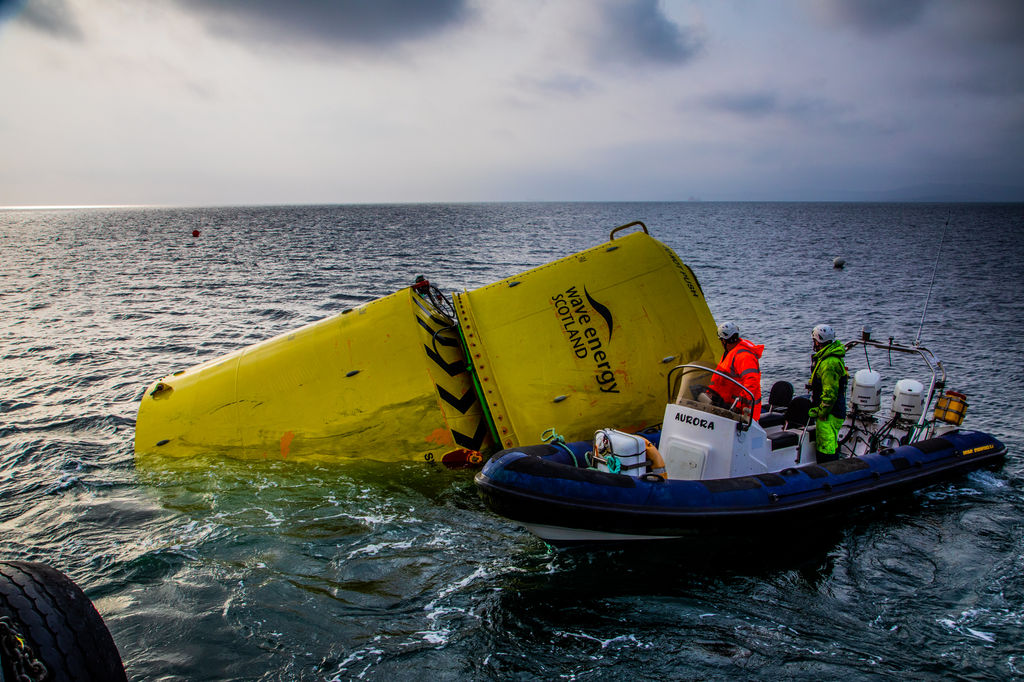 The device has now been recovered to shore for detailed inspection prior to being redeployed at EMEC’s test site, the center informed.

This important milestone in the development of the 16kW Archimedes Waveswing follows successful quayside testing and preparation at Copland’s Dock in Stromness since its arrival in Orkney in late January.

Since, several short weather windows have enabled deployment of the anchor and anchor block, umbilical cable and EMEC’s test support buoy, as well as two trial deployments of the Waveswing.

Quayside and marine operations have been carried out by the local Orkney supply chain, with installation and recovery operations completed by Green Marine using the Green Isle multicat vessel, with Leask Marine in charge of test support buoy and umbilical deployments, while Heddle Construction completed lift operations.

When installed, the 50 tons, seven-meter high, five-meter diameter device will be moored to a gravity-base anchor on the seabed using a single tension tether and sits around three meters below the surface.

Simon Grey, CEO of AWS Ocean Energy, said: “Completion of this initial phase of testing is without doubt the most significant step forward yet in the development of Waveswing. These tests could not be carried out at model scale, nor could they be modelled using computers with any degree of certainty.

“The results confirm what we have hoped for in terms of performance potential. Furthermore, demonstrating the practical deployment, operation and recovery of the Waveswing is also a significant step.

“Getting to this stage is a tribute to the skills and commitment of the whole team at AWS, our subcontractors and the fantastic support we have received from EMEC, Wave Energy Scotland (WES) and many others.”

Initial testing and shakedown of Waveswing

The Waveswing generates energy by reacting to changes in pressure caused by passing waves. The subsea location and ability to winch low in the water column allows extreme storm loadings to be avoided so that the device can continue to operate in rough sea conditions, AWS Ocean Energy claims.

The Waveswing is also designed to react to long ocean swell waves as well as short, wind-driven seas, for high energy capture.

The shakedown testing addressed one of the key scientific uncertainties in relation to the behavior of the Waveswing – how the device will respond to changing water depth and pressure. The tests demonstrated a 2x ratio between change in depth and movement of the floater, thus confirming the power-generation potential for the device, according to AWS Ocean Energy.

Commenting on the potential for Waveswing, Grey added: “Our current single absorber design is suitable for remote power applications such as powering subsea oilfield assets and oceanographic monitoring. However, we are convinced that the future lies in multi-absorber platforms which can achieve the scale necessary for wave power to make a significant contribution to renewable energy supplies.

“We expect to develop platforms hosting up to twenty 500kW units with a potential capacity of 10MW per platform. We are currently seeking development partners to join us on this exciting journey.”

The Waveswing development program has been supported by a strong, predominantly Scottish team of subcontractors including 4c Engineering and Quoceant on design, Sequentec on supply of the control system, Malin Marine for the main build and assembly work, and JGC Engineering for fabrication of the anchor frame.

International subcontractors include Trelleborg for supply of the rolling seal and SRP Subsea for supply of the Rocksteady mooring connector, with demonstration activities supported by EMEC’s operational team.

Welcoming the milestone, managing director of EMEC Neil Kermode said: “It’s incredibly encouraging to see another wave energy device embarking on real-sea testing, a crucial step in the development of any emerging marine technology. The learnings derived from these trials will be vital in helping the technology towards commercialization.”

The £3.4 million (€4 million) prototype development project has been funded by WES, as part of the Novel Wave Energy Converter development program, while the demonstration at EMEC has been supported by the Interreg North-West Europe’s Ocean DEMO project. 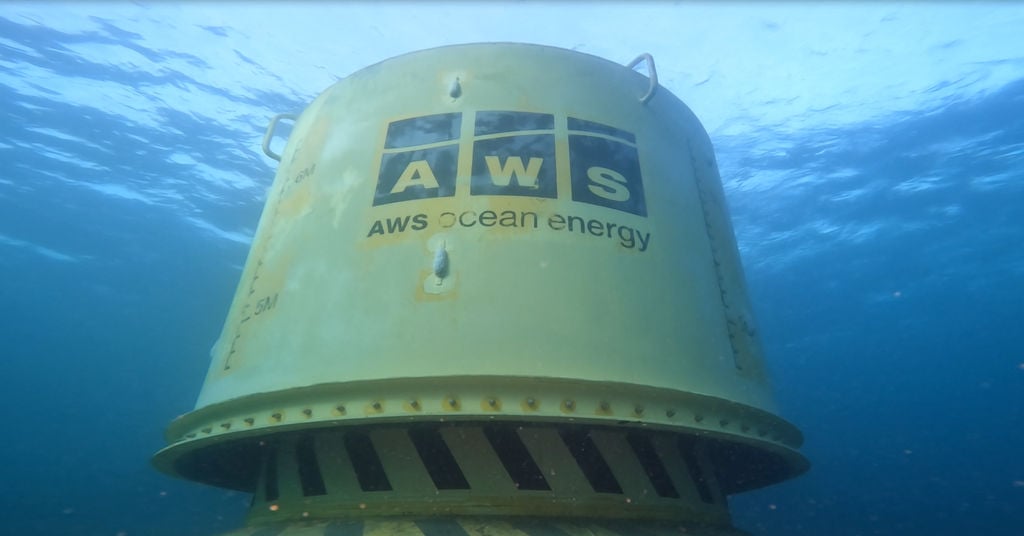