BC Ferries’ third Island-class hybrid-electric ferry is now on its way to British Columbia after it departed Damen Shipyards Galati in Romania on 19 May.

The yet-to-be named vessel will make the transatlantic voyage under its own power in approximately 60 days, depending on weather, according to the company.

The approximately 10,700 nautical mile journey will include two stops for refuelling, first in Tenerife, Canary Islands then in Balboa, Panama after transiting the Panama Canal. The vessel will sail up the west coast of North America, arriving at Point Hope Maritime in Victoria, B.C.

Launched in autumn last year, the ship is the third in a series of six new ferries joining the BC Ferries’ fleet, and the first of four to sail from Romania to British Columbia under its own power.

The first two Island-class ferries transited from Romania to British Columbia on a semi-submersible vessel in 2019, entering service on the Powell River – Texada Island route and the Port McNeill – Alert Bay – Sointula Island route in mid-2020.

The hybrid diesel-electric ferries have a number of key features that support BC Ferries’ Clean Futures Plan and the company’s goal to be efficient and environmentally responsible throughout its system.

“Once electric charging technology can be installed at BC Ferries’ terminals, these new ships will be configured to operate as all battery-electric ferries, using clean renewable hydroelectric energy,” Captain Jamie Marshall, BC Ferries’ Vice President, Shipbuilding & Innovation, said.

The newbuilds have the capacity to carry at least 47 vehicles and up to 400 passengers and crew, and allow for fleet redeployments and retirements of existing diesel-fuelled vessels.

BC Ferries will take ownership of the third ship upon final inspection at Point Hope Maritime. Once in operation, this newbuild will be one of two Island-class ferries servicing the Campbell River – Quadra Island Route in 2022. 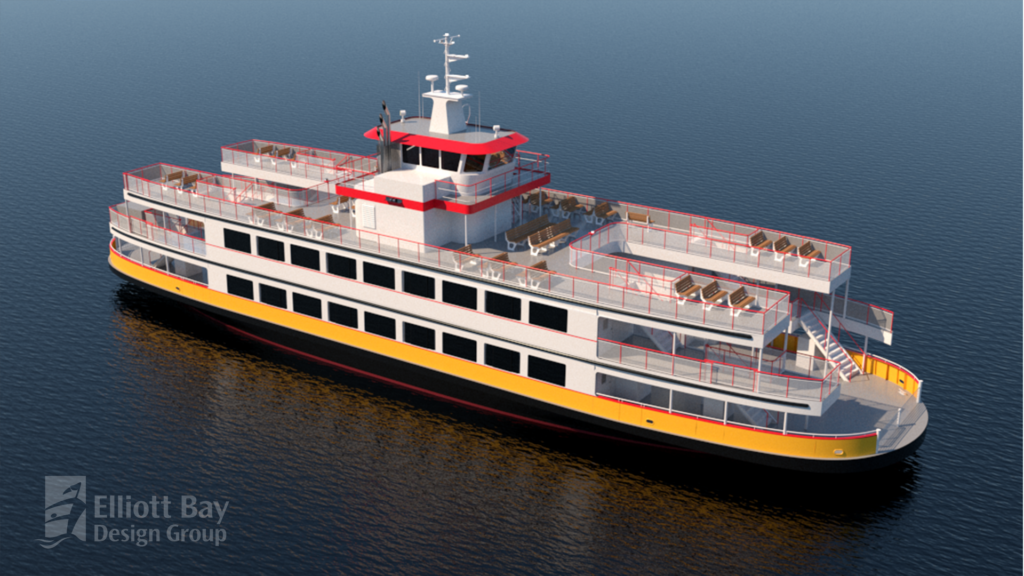