The Bay of Fundy Inshore Fishermen’s Association (BFIFA) has expressed concerns over Cape Sharp Tidal’s proposal to temporarily relocate its tidal turbine for testing in a different area of the Bay of Fundy.

Cape Sharp Tidal is currently working on removing the tangled line on the turbine which is deployed at the Fundy Ocean Research Center for Energy’s berth near Parrsboro in the Bay of Fundy.

After the line is removed, the company plans to focus on the retrieval of the turbine, which could be completed in the ongoing tidal cycle, but it remains possible that the retrieval work will extend into future tidal windows, Stacy Pineau, Cape Sharp Tidal’s spokeswoman said.

Pineau confirmed the turbine will be moved to unspecified location within the Bay of Fundy to conduct short-term operational tests on it, which are expected to last for at least five days.

“The testing work we are planning is meant to further inform on the performance of the turbine. This is not a redeployment – it is a short-term operational test. The proposed operation involves lowering the turbine for hydrodynamic tests, then raising it back onto the Scotia Tide barge for adjustment.

“The turbine will remain in the recovery frame of the barge during the entire operation. We expect the work to take at least five days, but there is currently no confirmed timing or location,” said Pineau.

However, BFIFA voiced its concerns regarding the relocation plans stating that the site had not undergone an environmental assessment, and there would be no environmental monitoring during the testing, CBC reports.

Pineau confirmed that environmental monitoring equipment will not be operating as usual for the days the work is being completed, adding that the turbine will also not be operating as it does in order to generate electricity, since it will be in the recovery frame of the Scotia Tide barge for the duration of the testing operation.

The reason for moving the turbine to another location is technically conditioned as the planned operational testing requires slow currents, according to Cape Sharp Tidal.

Nova Scotia’s Department of Environment said for CBC News the approval to move the equipment for repairs or optimization was not necessary, adding the discussions with Cape Sharp Tidal over the matter were ongoing.

“It is our understanding at this time that no environmental assessment is required and we are working with various regulators to ensure we have the proper permits. Our consultation with regulators and stakeholders is ongoing,” added Pineau.

To remind, the retrieval of the 2MW OpenHydro’s turbine has hit delays as Cape Sharp Tidal identified the line entanglement around the turbine system and its subsea base tubes.

The turbine was installed at FORCE in November 2016. Cape Sharp Tidal, a joint venture between Emera and OpenHydro, plans to add the second 2MW turbine for the project later this year. 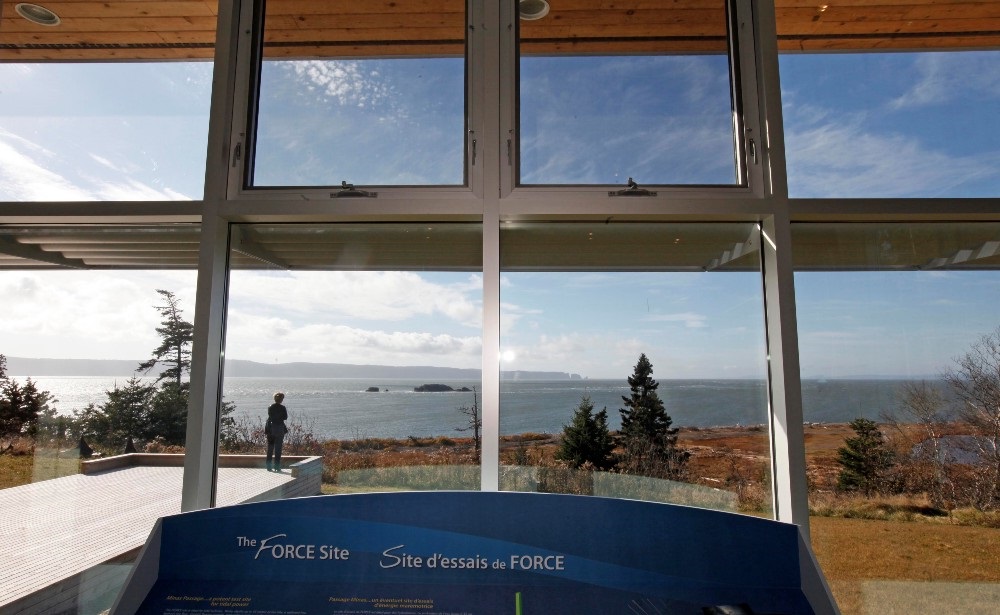