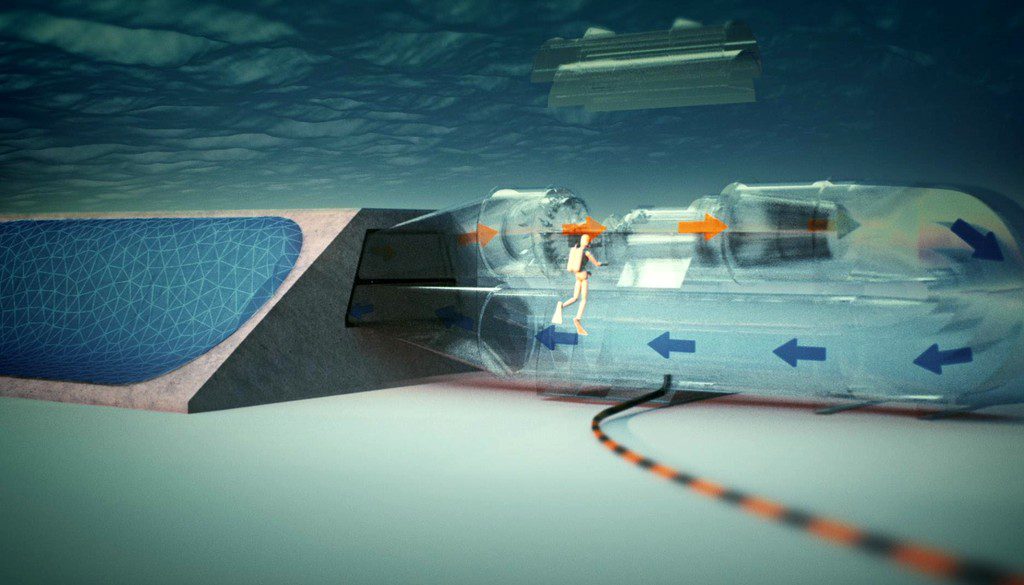 Bombora Wave Power Europe has invited tenders for the provision of marine engineering services that will support the design of its mWave demonstration project.

The wave energy developer is accepting proposals from companies and consortia until noon on September 21 and expects to award a contract on October 5.

The two and a half-year contract will involve advising on aspects of the mWave design that have an effect on marine operations, as well as producing methodologies and supporting documentation for offshore operations backed up with appropriate engineering analysis.

Furthermore, the awarded company or consortium will manage the execution of offshore operations.

Bombora expects eligible bidders to be able to develop methodologies – backed up with engineering analysis – for towing and lowering large floating structures, cable installation in shallow water, and lifting and lowering equipment offshore.

The tender winner will also have knowledge and experience in producing Project Execution Plans, Risk Assessments, and CAD-based storyboards to document methodologies for offshore works, and will be able to manage offshore operations using qualified and experienced personnel, according to the tender invitation.

Subsequently, the company established an office in the south of Wales at Pembroke Dock to house a team focused on the project to design, fabricate and test the first 1.5MW mWave prototype.

Bombora’s mWave device features a series of air-inflated rubber membranes mounted to a concrete structure on the sea floor. As waves pass over the mWave, the air inside the membranes is squeezed into a duct and through a turbine. The turbine spins a generator to produce electricity. The air is then recycled to re-inflate the membranes to prepare them for the next wave.

The €20 million demonstration project is also part-funded by the European Regional Development Fund.