Brazilian shipping company Grupo CBO has added a new platform supply vessel (PSV) to its fleet and signed its second contract for one of its anchor handling tug supply (AHTS) vessels with the Brazilian subsidiary of Australia’s Karoon Energy.

Brazil’s offshore vessel operator CBO informed on Thursday that it has completed the acquisition of the PSV CBO Wiser and extended its fleet, which now has 42 ships, including 20 PSVs, 14 AHTS, 3 OSRVs and 5 RSVs.

Furthermore, CBO confirmed it will be the first company to operate the PSV CBO Wiser, as it is a newly built vessel with the same design as the PSV CBO Energy. Wärtsilä equipped the vessel with technical specifications that allow the use of hybrid propulsion, thus it is able to operate in ultra-deep waters such as the Brazilian Pre-Salt.

This is the tenth vessel, which CBO acquired recently. Currently, the PSV CBO Wiser is on its way to Brazil and the firm hopes to put it into operation in the first half of 2022.

It is worth noting that CBO completed the acquisition of compatriot player Finarge Apoio Maritimo in September 2021, taking over five AHTS vessels in the transaction, including the vessel AH Giorgio P., AH Valletta and AH Varazze, AH Liguria and AH Camogli.

In a separate statement on Friday, the offshore vessel operator also reported that it has signed a 320-day contract for one of the vessels acquired through the Finarge deal. The new contract was signed with Karoon Energy for the AHTS 18000 AH Valletta.

Scheduled to start in March 2022, the contract stipulates that the vessel will provide maritime support and emergency response during the drilling and workover campaign in Baúna and Patola fields, which will be carried out by the Maersk Drilling-owned semi-submersible rig, Maersk Developer, which Karoon originally hired in April 2021.

In June 2021, the Brazilian company also exercised an option to add the drilling of two development wells at the Patola field to the work scope of this rig.

CBS further added that this is the second contract to be performed by AH Valletta for Karoon in Brazil, as the vessel successfully installed, in November 2021, a buoy in the field of Baúna, whose function is to allow the mooring of up to two vessels in standby mode, thus, reducing fuel consumption and emissions.

The Patola field is located within the 100 per cent Karoon-owned and operated BM-S-40 Production Licence in the Santos Basin, offshore Brazil and is adjacent to the producing Baúna and Piracaba accumulations.

Karoon took the FID to proceed with the development of the Patola project in June 2021, stating it would be tied back to the existing Baúna Floating Production, Storage and Offloading (FPSO) vessel, Cidade de Itajaí. Based on the company’s statement, Patola is expected to produce at an initial rate of more than 10,000 bopd, while the first oil production is targeted for the first quarter of 2023. 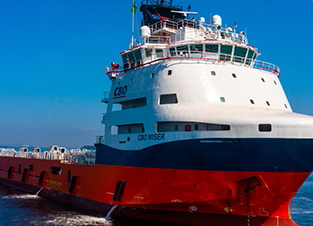