The vessel, Honfleur, has been under construction in Flensburg, Germany, since 2017.

The 42,400 gross ton Honfleur was originally scheduled to enter service in June 2019, but the delivery of the vessel was postponed several times due to persistent financial problems encountered by the yard’s management.

FSG has been experiencing financial troubles for some time and was offered a lifeline in the form of a new owner, Tennor Holding B.V., which took full ownership of the company last September.

“The change of main shareholder in September 2019, with the arrival of Lars Windhorst and the Tennor group, did not allow the yard to return to growth and competitiveness,” Brittany Ferries and Somanor said in a statement.

In late April 2020, the financially-troubled shipyard filed for the opening of insolvency proceedings at the local court in Flensburg. The court has approved the application and ordered a provisional self-administration.

“With the surprise announcement that the yard was placed under the protection of the Commercial Court in May 2020, and unsuccessful discussions with the current management of FSG and its main creditors, Somanor and Brittany Ferries, the limited partners of the Honfleur, acknowledged that they had lost confidence in the yard’s ability to complete the vessel within a reasonable period of time,” the duo stated.

In a separate statement, FSG informed that newbuilding 774 — Honfleur — is owned by FSG.

“The shipyard is currently holding talks with various parties on the completion of the vessel as well as its financing,” according to FSG.

“We cannot understand the customer’s decision, and the termination came as a surprise. According to the calculations of all experts, the completion of the 774 will take 11 to 12 months. The customer, by their own admission, is dependent on the ship,” Stefan Denkhaus, general representative of FSG, said.

“The entire management team of FSG assumes that the 774 can only be completed at the Flensburg site. The risks of completing the 774 at another yard are, in my view, incalculable,” Martin Hammer, Managing Director of FSG, noted.

“Irrespective of this customer decision, the sales negotiations between FSG and the Hamburg-based shipyard Pella Sietas are continuing. We are confident that a strategic future concept for the FSG will be jointly developed,” Christoph Morgen, the FSG’s provisional trustee, added.

Last week, Dublin-based maritime transportation group Irish Continental Group (ICG) also terminated a contract with FSG for the construction of a new vessel for its subsidiary Irish Ferries. The ship, intended for the Dublin-Holyhead route, was originally planned to be handed over to its owner in 2020.

Note: The article has been amended since its initial publishing with the statement provided by FSG. 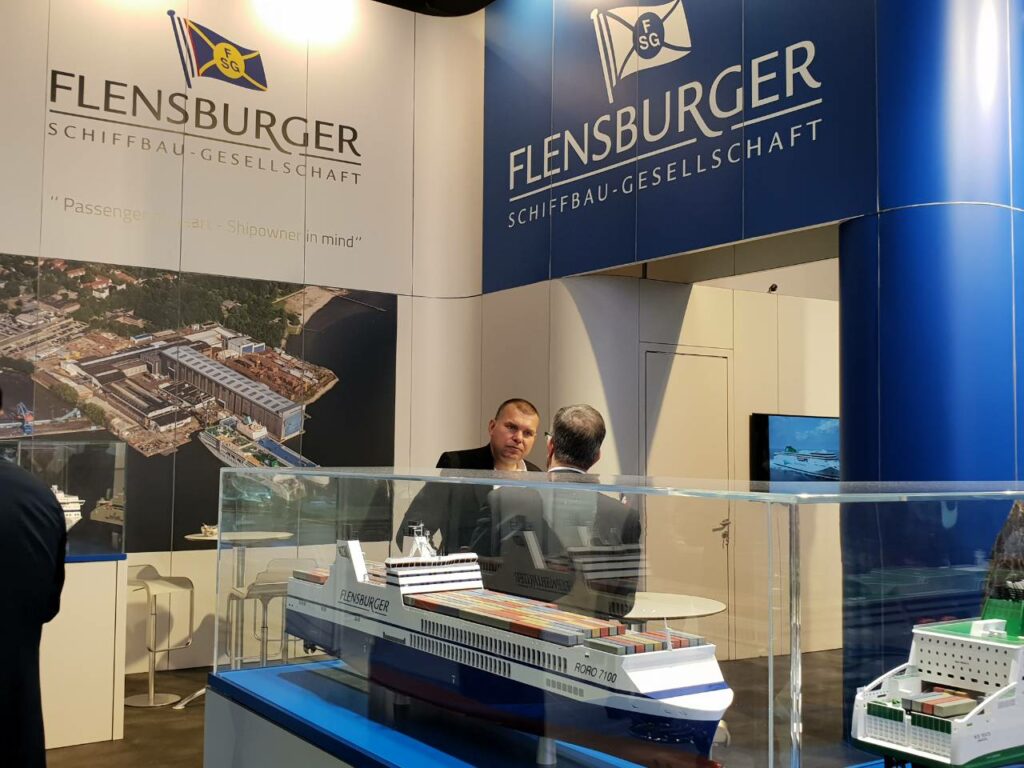