The Chinese shipyards were the preferred choice for owners, with Jiangsu Yangzijiang Shipbuilding Group scoring a huge chunk of placed orders.

Namely, aside to Navibulgar’s order for up to six 45,000 DWT bulkers World Maritime News reported on last week, Yangzijiang has secured orders for up to six more bulkers.

According to Intermodal Research and Valuations, Japanese Lepta Shipping has ordered one 180,000 DWT bulker from the yard and has an option to add one more vessel of the same size to its ordering tally. In addition, Norwegian Kumar has placed an order for two firm plus two optional 180,000 DWT Capesizes at the yard.

The three orders will keep the yard busy for the following two years, as the new ships are slated to start delivery in 2019 and continuing into 2020.

Chinese shipyard Dalian COSCO KHI Ship Engineering (DACKS) has been linked to an order for two Ultramax bulkers of 61,000 DWT placed by Singaporean Eastern Pacific. The company is said to be paying USD 24 million per ship, scheduled to join their owner in 2019.

Two more bulker orders have been tied to Shanghai Waigaoqiao Shipbuilding (SWS). Based on the data from Intermodal, Chinese Foremost Group exercised options for two 180,000 DWT bulkers at the yard, which are also set for delivery in 2019.

Since the beginning of the second half of this year, shipowners have ramped up dry bulk ordering, bringing the newbuild count to 110 new ships from July to September 2017. 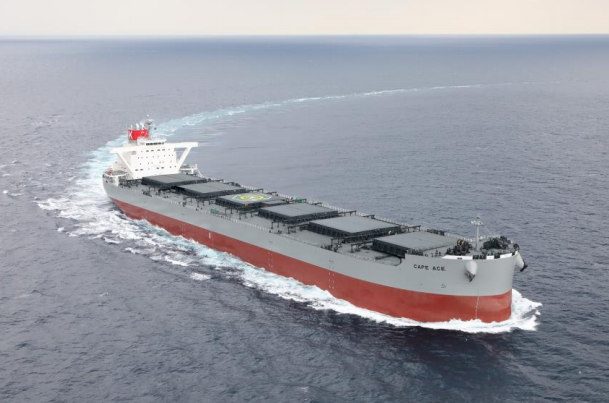