Carnegie Wave Energy Limited (CWE) has announced the completion of an oversubscribed $9m capital raise to be used to continue the commercialisation of its CETO technology.

Carnegie had previously announced on 25 February 2014 that it had initiated a capital raising via a Share Purchase Plan (SPP) of $6 million and with capacity to accept oversubscriptions. In accordance with the offer documents and in response to the subscription demand, Carnegie’s Board of Directors has decided to accept over-subscriptions of approximately $1.6 million to enable a wider base of the existing shareholders to participate in the SPP and a further $1.5 million of commitments through a private placement.

Carnegie’s Managing Director, Dr Michael Ottaviano, said: “We’re delighted by the strong and enthusiastic response of our shareholders. The company remains focused on the successful delivery of its flagship Perth Wave Energy Project and on accelerating the development of its CETO 6 project.”

The funds raised will be used for the design and development of CETO 6 and for working capital purposes. Carnegie has recently announced the following initiatives in relation to its CETO 6 project:

• The CETO 6 project is planned to be a 3 unit array of 3MW total capacity.

• Carnegie is focused on two sites for the initial 3MW CETO 6 project:

– at Garden Island in Western Australia where the existing Perth Wave Energy Project is located and where Carnegie has an existing Power Supply Agreement with the Australian Department of Defence which covers a CETO 6 project; and

The private placement was undertaken with a select group of investors under section 708 of the Corporations ACT 2001, the majority of whom are existing Carnegie shareholders, on the same terms as the Share Purchase Plan. Settlement of the $9 million in funds and issue of shares will occur over the next 10 days. 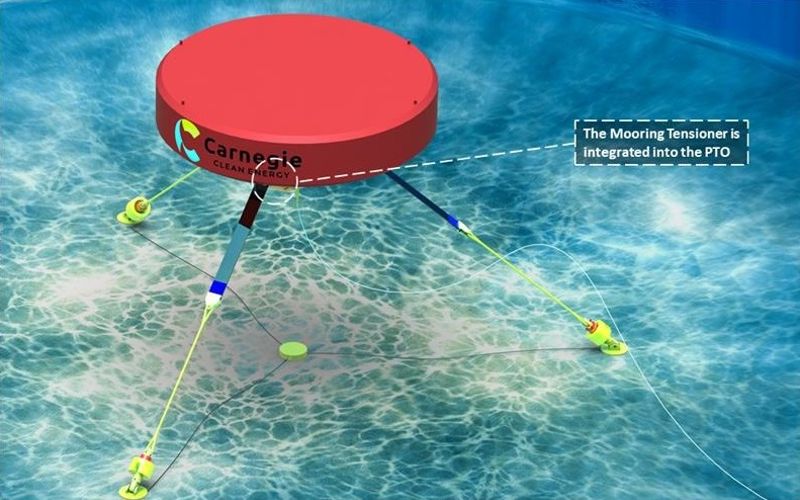