Carnival Gets Approval to Expand Terminal F at PortMiami

Carnival Cruise Line has received the approval for a major expansion of Cruise Terminal F at PortMiami that will be capable of supporting the operations of Carnival’s new Excel class ship.

The Miami-Dade County Commission approved the proposal for a complete renovation and expansion of the terminal, clearing the way for the yet-to-be-named sister ship of Mardi Gras to be homeported in Miami when it is delivered in 2022.

“With today’s approval, we will move quickly on a plan to remodel and expand Terminal F so that it will accommodate the most innovative class of ship to join our fleet,” said Christine Duffy, president of Carnival Cruise Line.

“Everyone is very excited about Miami being home to our next liquefied natural gas (LNG) ship in North America and the sister ship to Mardi Gras, which arrives next August and is generating tremendous enthusiasm. Today’s vote assures that the new ship and terminal expansion will both arrive in time for Carnival’s 50th anniversary in 2022.”

The redesigned Terminal F will be able to accommodate not only the company’s largest and newest class of ship, but also allow the line to bring its next LNG ship to south Florida.

Mardi Gras, the first Carnival Excel class ship for the line, will be delivered in August 2020 and be homeported at Port Canaveral after inaugural sailings from Europe and New York.

When completed, Terminal F will be the third cruise terminal at PortMiami dedicated to Carnival operations. The agreement includes a commitment by Carnival to keep ships at Terminal F for 20 years, with the option of two additional seven-year extensions.

All renovations are set for completion by October 2022 to welcome the Carnival Excel class ship arriving in late 2022. 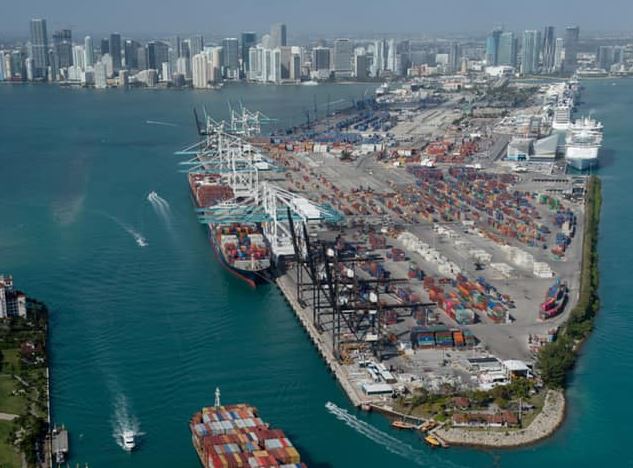