Caterpillar to present Cat Propulsion Twin Fin System at 2014 ITS

Caterpillar Marine will launch the Cat Propulsion Twin Fin System at the 2014 ITS Hamburg Conference and Exhibition, June 16th – 20th.

The Cat Propulsion Twin Fin System is a new diesel-electric solution that saves on fuel and emissions, while improving overall vessel performance. The Twin Fin System protects all of the propulsion mechanical parts within the hull profile while retaining the cargo space saving and maneuverability claims made for outboard solutions while simultaneously offering critical reliability gains.

Initially conceived for harsh operating environments, the Cat Propulsion Twin Fin System comprises a compact electric motor and gearbox configuration connected via short drive shaft, rotating a pair of controllable pitch propellers whose performance is enhanced by two tailor-made fins attached to the hull. Major transmission parts in the system are accessible from inside the vessel, enhancing ease of maintenance and averting the need to drydock. The Twin Fin solution can be applied to newbuilds, retrofits and conversions in any commercial marine application and is available via the global Cat dealer network.

“As the innovative concept has been engineered into vessels, we’ve been pleased to not only see increased reliability but improvements in fuel consumption and thrust performance as well.”

The Caterpillar Twin Fin system achieves efficiency gains measurable across a range of performance criteria. It offers increased thrust – and requires lower input power – thanks to larger propellers running at low shaft speed plus minimal mechanical loss. Hydrodynamically designed fins ensure homogenous water flow to the propellers for lower fuel consumption plus lower emissions and noise radiation. To fulfill dynamic positioning duties, the Twin Fin System can be specified with tunnel thrusters, either attached to the fins or central skeg running between the fins.

Polarcus DMCC was the first operator to incorporate the Twin Fin system on a conversion project involving an Ulstein SX124 vessel.

“The Twin Fin system is a tailor-made system developed in close collaboration with our clients and is primarily intended for diesel electric vessel applications. The system is designed depending on the operational requirements and profile in order to achieve optimum performance,” Hansson continued.

“In addition to being the most compact system of its kind for offshore vessels, the system has proven to be a robust performer during operation without diminishing maneuverability. It achieves better overall performance and increased cargo loading capacity in comparison with azimuth thruster applications.”

Caterpillar Propulsion experts will be on hand at ITS 2014 in Hamburg at the Caterpillar booth Stand 5. 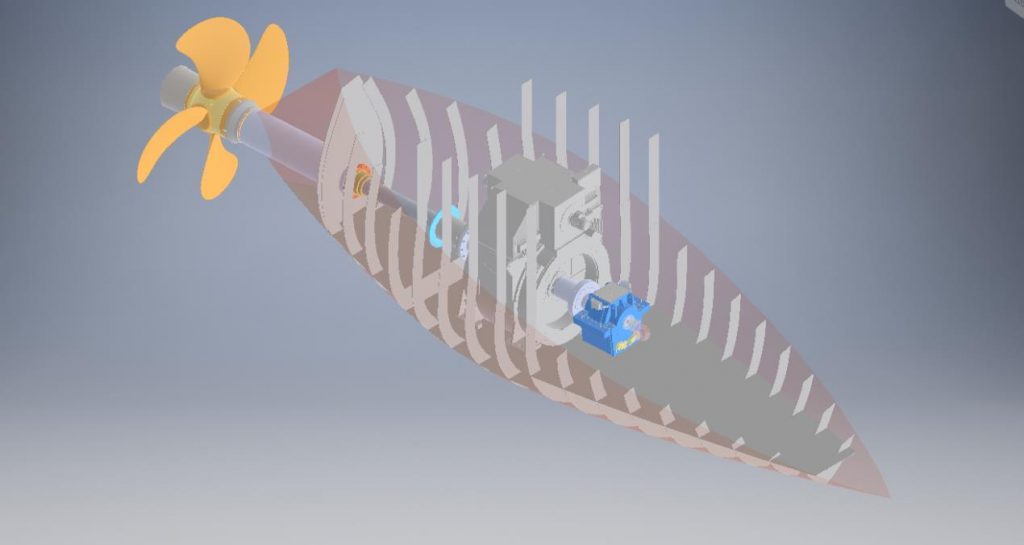