GC Rieber Shipping ASA has entered into a charter agreement with Ceona Services (UK) for its high capacity subsea newbuild for a fixed period of 5 years, with options for up to five years. The vessel will commence working for Ceona immediately upon delivery from Ulstein Verft in the first quarter of 2014.

Ceona is a London-based SURF-player and aims to grow their position as a global subsea company. Ceona is majority-owned by GS Capital Partners funds.

“GC Rieber Shipping has strengthened its position in the high end subsea segment over the last years. We look forward to cooperating with Ceona in the years to come” says CEO Irene W. Basili in GC Rieber Shipping.

The newbuild contract was placed in June 2012 at an investment of approximately NOK 800 million, with GC Rieber Shipping holding an option for one additional vessel. After entering into this contract, GC Rieber Shipping has a total backlog of about NOK 3,5 billion.

The high-capacity newbuild is a construction support vessel (CSV) designed for operations in harsh and deep waters, with a length of 130 meters and a 25 meter beam. The vessel is built to the highest standard for dynamic positioning, DP-3, and is equipped with a 250t AHC offshore crane. The ship is designed to operate in the SURF market, with capacity for pipe loads below deck and on main deck, and a vertical pipe laying system above the moon pool. The ship can accommodate 130 crew, and is built according to the latest international environmental standards. Ceona will equip the vessel with a 270 t vertical lay system (VLS). 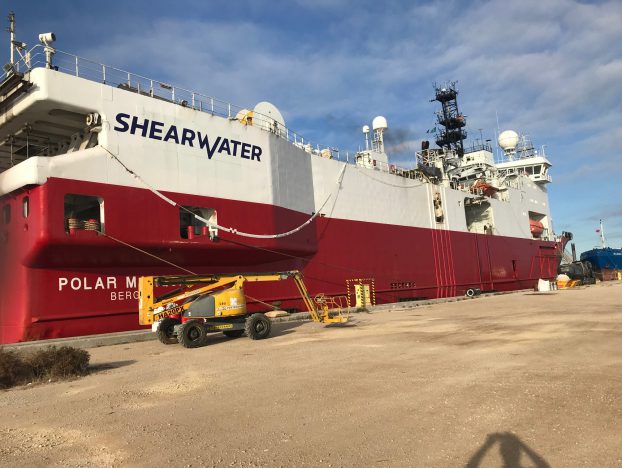