The ship, 141 meters long and 29 meters wide, has a maximum loading capacity of 11,228 tons, and can accommodate to 150 crew members. It is equipped with a 400-ton crane to fulfil installing missions under the water.

Meanwhile, “Offshore Oil291” purchased by Shenzhen COOEC Subsea Technology, the subsidiary of COOEC, was named at a ceremony in Bergen, Norway and delivered earlier this month, which marked the ship has been officially put into service.

The vessel is totally 109.8 m long and 24 m wide, with draft of 7.8 m, bollard towing tension of 361 tons and AHC main hoisting of 250 tons. It is equipped with two ROVs with operating depth of 3000m and can support trenching operation of large plough trencher. According to the company, the vessel can meet the demand of deepwater subsea pipeline trenching and mooring in East and South Sea of China.

“Offshore Oil291” is sailing back home and expected to arrive in Shenzhen port by January of 2015. 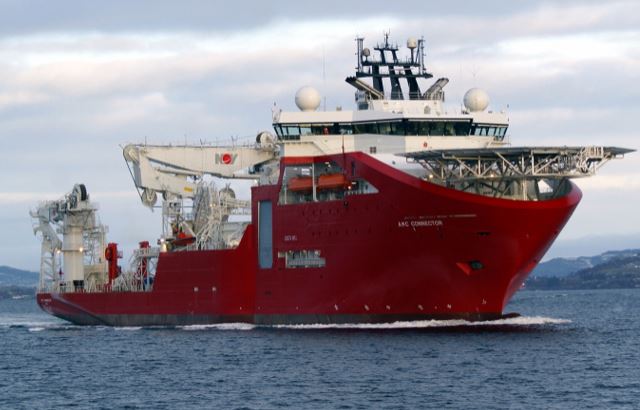