Tidal energy project, led by Chinese developer LHD, has generated over 800MWh of cumulative power since summer 2016 – claiming a ‘world record’ with one full year of continuous power export to the Chinese grid.

The modular generator – set to run at 3.4MW capacity at full scale – has been continuously supplying the Chinese electricity grid with clean power over the course of one year using two of the already installed turbines rated at 1MW total.

The ‘one-year-on-grid’ milestone was hit on May 25, 2018, on Xiushan Island in China’s Zhejiang Province at a site that will eventually host a total of seven turbines on the 70-meter long and 30-meter wide LHD’s modular tidal energy platform.

Installed in the beginning of 2016, the turbines produced electricity for the first time that summer using tidal power as source – seen by LHD as the feasibility verification of its platform-based modular approach.

After the completion of grid-connection works, the Chinese electricity grid was first injected with power produced by the plant late in August 2016.

Since – the plan underwent maintenance works that were followed by re-installation of the serviced turbines in an operation that took place exactly one year later.

By December 2017, the amount of electricity accumulated by the plant reached 450 MWh, according to Ocean Energy Systems’ (OES) annual report.

OES also informed of a 300kW horizontal-axis turbine – being developed by LHD and Blue Shark Power System (BSPS) – planned to be tested on the platform in 2018.

However, local media in China have recently reported statements from LHD’s Chair and Chief Engineer, Lin Dong, who said that all of the remaining turbines for the plant will be installed by November to upgrade the plant to its full capacity.

The fully operational tidal energy platform would deliver 6,000 MWh annually, according to annual output predictions for the plant – which is enough to power 3,000 households each year.

The Chinese are set to further benefit from their government’s ocean energy ambitions, stated last year when the State Oceanic Administration – responsible for the supervision and management of sea area in the People’s Republic of China – set out the key principles and specific actions for delivering upon the country’s marine energy potential.

In the official document – the 13th Five-Year Plan for Marine Renewable Energy (2016-2020) – the government pledged to build four marine renewable energy demonstration districts and increase the country’s total installed marine energy capacity to over 50MW in the following two years. 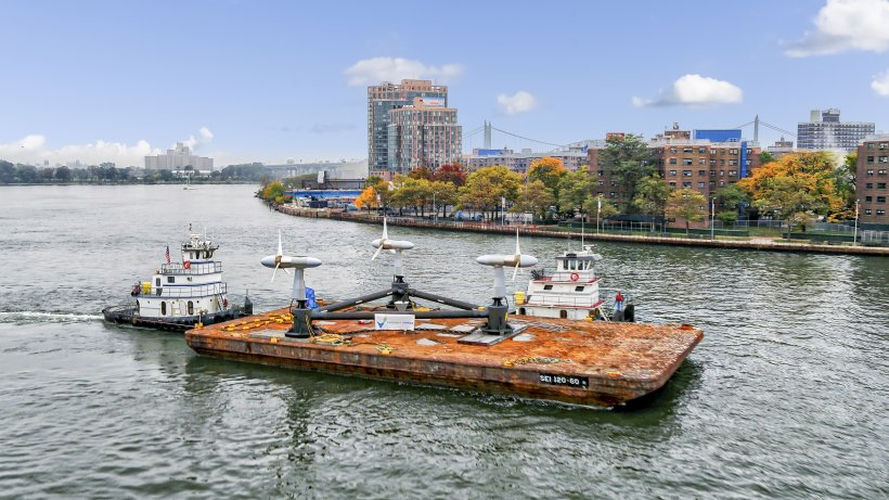 Verdant Power feeds over 200MWh of tidal power to U.S. grid as it gears up for R&R op
Posted: 12 days ago
Orbital Marine’s O2 tidal turbine launch underway
Posted: 17 days ago
Osprey to load out O2 tidal turbine
Posted: about 1 month ago