At the start of 2016 the outlook for Chinese iron ore import growth appeared challenging, however, the imports went on to significantly outperform expectations during the year and break the 1 billion tonne mark along the way, according to Clarkson Research.

The first key driver of record Chinese iron ore imports in 2016 was a stabilisation in the country’s steel output, following a 2% drop to 804 mt in 2015. The country’s steel output continued to decline in the first half of 2016, given limited domestic demand. While Chinese steel mills increased steel products shipments to foreign markets by 9% y-o-y in the first half of 2016, the 57 mt shipped in the period was insufficient to support overall Chinese steel output growth.

Chinese steel products exports also dropped 14% y-o-y to 51 mt in the second half of 2016, following the introduction of tariffs by several importers, but also due to firming Chinese steel demand.

Finally, Chinese iron ore stockpiling increased sharply in 2016, partly reflecting improved expectations for steel output at Chinese mills as the year progressed. By the start of January 2017, iron ore inventories at 41 Chinese ports reached 114 mt, up 19% from the start of 2016 and the highest level in over two years.

“While the sustainability of this stronger growth may be questioned, in 2016 at least, China performed above expectations and overall was the bright spot for seaborne dry bulk trade once again,” Clarkson Research said. 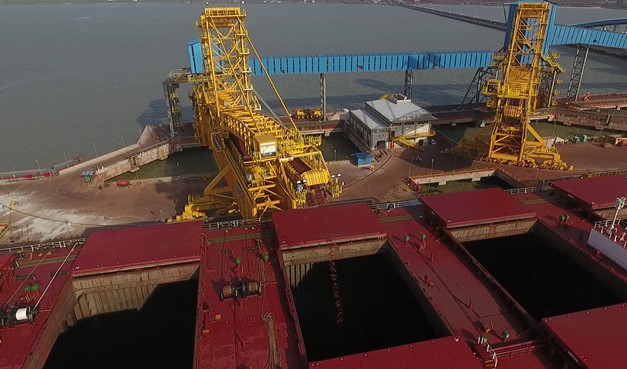