Visit of the President of the French Republic Mr. François Hollande to the Reunion Island, accompanied by Rodolphe Saadé, Vice-Chairman and member of the CMA CGM Group’s Board of Directors, marks the first step in a push to turn Port Réunion into CMA CGM Group’s strategic maritime hub in the Indian Ocean.

President Hollande was invited to Port Reunion to lay the cornerstone for the future Port of Reunion Island.

During the ceremony, Rodolphe Saadé signed a Memorandum of Understanding aimed at making Port Réunion the CMA CGM Group maritime hub in the Indian Ocean within 12 to 18 months.

By choosing Port Réunion for its new hub, CMA CGM gives the port a new dimension, not only as a strategic center, where maritime lines from Europe, Africa and Asia intersect, but also as a key element in the CMA CGM Group’s development in Africa, where it already has a strong presence.

Cargo from all over the world will be unloaded on the island, before being loaded towards new destinations. This agreement will significantly increase the activity of the Port.

Already present on the Reunion Island through CGM, the company enables Reunion Island to import everything it does not produce, and local industries to export their production – such as rum, seafood, sugar – all over the world.

Rodolphe Saadé, the CMA CGM Group Vice-Chairman Executive Officer, said: “The Memorandum of Understanding signed today (August 21) in the presence of the President of the French Republic François Hollande will play an active part in the economic growth of the Reunion Island, and will reinforce its commercial ties not only with the surrounding islands, but also with Europe, Africa and Asia.

Reunion Island is located at the maritime crossroads. This will be truer than ever tomorrow with the CMA CGM project.” 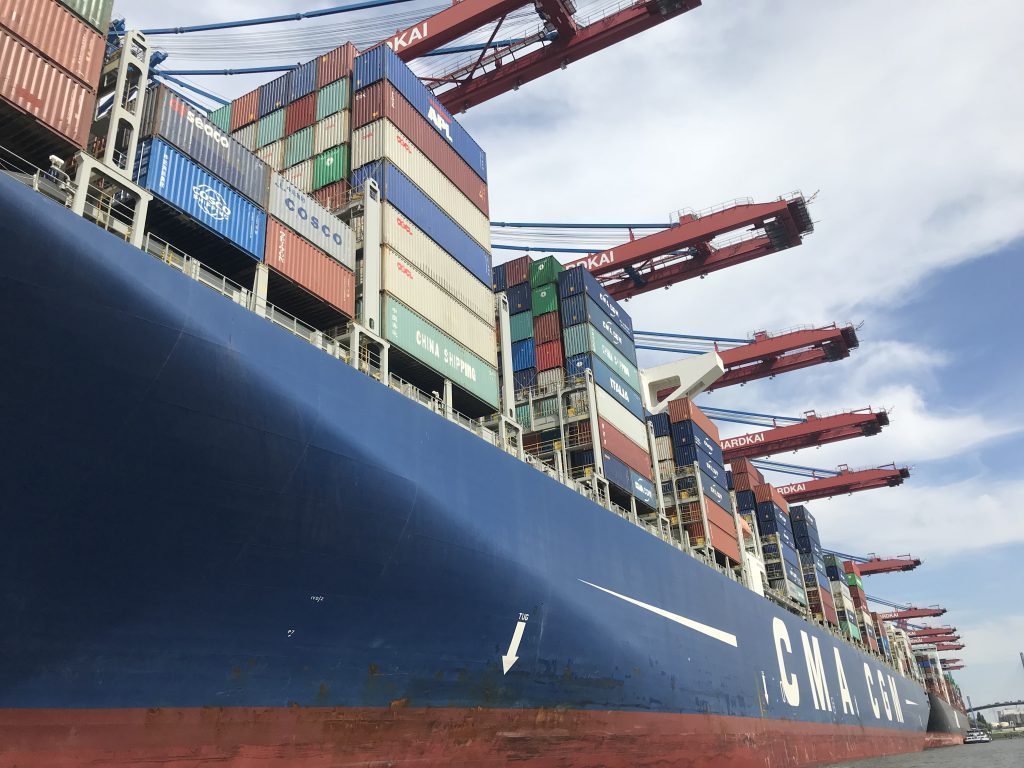