Co-location of offshore wind, wave and offshore solar energy in multi-source energy parks could lead to unprecedented reduction of levelized cost of electricity (LCOE) and improve the efficient use of marine space, according to a new report by EU-SCORES project.

In the report, baseline financial models are presented for a range of individual and combined offshore renewable energy projects investigated in the EU-SCORES project.

Based on data provided by the consortium partners CorPower Ocean (wave energy) and Oceans of Energy (floating solar), LCOE reduction of wave and offshore solar energy was found to be driven by supply chain economies of scale, advanced installation and O&M experience and services, learning rates, and an increase of skilled labor and expertise, as well as improved mooring and floating substructure design.

Looking at the EU-SCORES LCOE target of €50 per MWh, the project partners said it is evident that both wave and floating solar energy are capable of reaching this target independently. However, co-location proposed by EU-SCORES will see this target achieved sooner and with less cumulative deployment, according to the report.

Similarly, CorPower Ocean projects its LCOE to drop to €70 per MWh at 600MW installed, and €30-40 per MWh after 20GW installed.

Co-location benefits include shared use of critical electrical infrastructures, such as substations and cables, but also marine vessels, backed up with combined operation and maintenance methodologies, complementary generation profiles and grid balancing, project co-development and maximum utilization of marine space needed.

The EU-SCORES project aims to pave the way for bankable hybrid offshore energy parks across Europe by 2025.

Under the project lead of DMEC, the €45 million EU-SCORES project aims to support the industry to unlock the large-scale potential of wind, wave and offshore solar systems. 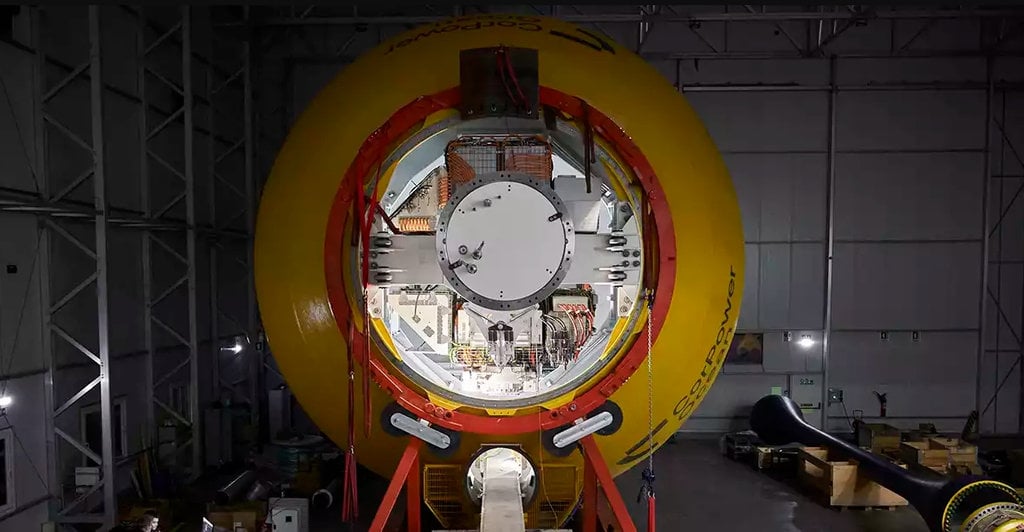