The Swedish wave energy developer CorPower Ocean, and its US-based counterpart CPower topped the review of available near-commercial wave energy technology suppliers, which was part-financed by the Sustainable Energy Authority of Ireland (SEAI).

The review, dubbed Horizon Scanning and undertaken by Wave Venture on behalf of SBE, focused on identifying and reviewing the most promising current and forthcoming wave energy technologies.

The goal of the project was to determine which wave energy technology companies are on a path to commercial readiness and how close each is to achieving market entry, according to SBE.

The initial phase of the project involved the assessment of around 200 wave energy technology undertakings, SBE said, after which the number was reduced to 50 companies.

Using a scoring spreadsheet based on the SBE specified criteria, an objective assessment of each of the companies on the fifty-strong list was conducted.

Some of the SBE specified criteria included assessing the companies’ readiness for future projects, quality of R&D, energetic performance and survivability of technology, and economic performance of the projects.

The score was given to all companies for each requirement using only publicly available information.

In subsequent phases, more detailed information was exchanged under non-disclosure agreements (NDA) while phone and in-person meetings were conducted.

Aside from the aforementioned top two companies identified in the review, SBE said that small number of other early stage technologies have also been identified as potential prospects in the longer term, adding that it will monitor these as their technologies mature.

SBE was established in Ireland as a technology neutral wave farm developer, seeking to use the best available technology for each wave farm project to support Ireland’s clean energy transition. 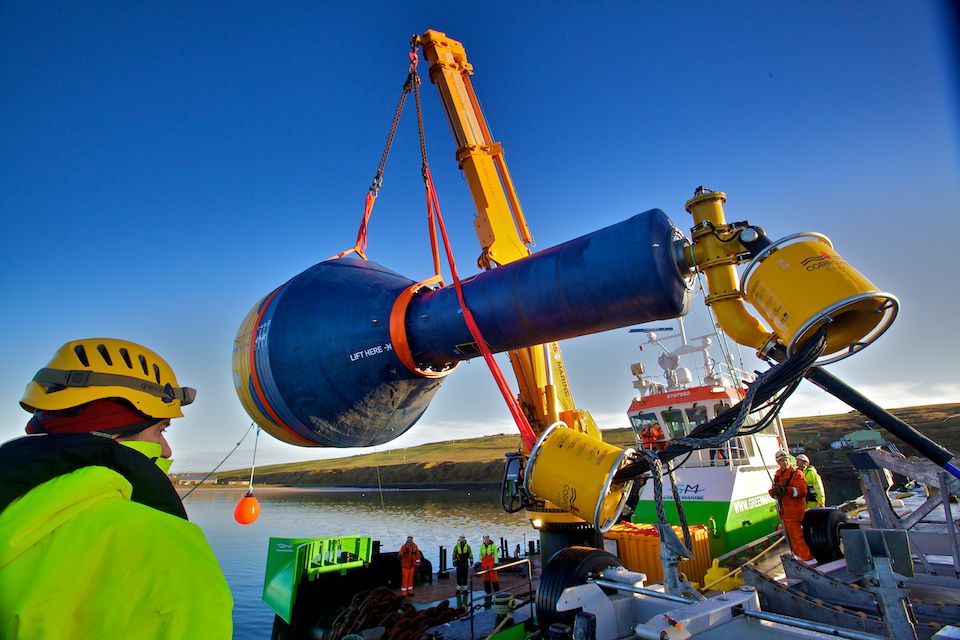