The unveiling, to take place at the SPACE Arena in Stockholm in Sweden on June 15, 2022, comes as the wave energy developer prepares to deliver its flagship HiWave-5 Project in northern Portugal, with ocean deployment planned later this year.

The new full-scale CorPower C4 device will ultimately form part of a four-system wave energy array, located off the coast of Aguçadoura, creating one of the world’s first grid-connected wave farms.

The HiWave-5 Project is the result of a decade of intense product development and three decades of research on wave hydrodynamics. Driven by one of the world’s largest and most experienced wave energy teams, it marks a final push towards commercialization as part of a broader mission to make wave energy competitive with wind and solar by 2030.

Patrik Möller, CorPower Ocean’s CEO, said: “After a decade of development efforts, we are thrilled to unveil the CorPower C4 and the CorPack – our first commercial scale products.

“This event, open to the press and public, will mark a new era for wave energy. The online event will give you insights into the role wave energy can play to accelerate the energy transition, and a deep dive into the design and demonstration of our wave energy technology at commercial scale.

“CorPower Ocean is on a mission to power the planet with clean energy from ocean waves. Due to its consistent and complementary power profile it helps bring stability to the clean energy mix – plugging the voids of wind and solar power – to allow a world powered entirely by renewables, 24/7 each day of the year.

“The CorPack wave clusters, our building blocks for larger wave farms, are plug and play compatible with offshore wind infrastructure. This allows hybrid wind-wave farms that deliver more consistent power using a shared electrical connection to shore. It also allows wave energy to dovetail with the continued expansion in offshore wind for decades to come, on route to a zero-carbon future.”

CorPower Ocean is working in collaboration with a broad range of international partners, including the Portuguese electricity company EDP, to deliver the landmark Hi-Wave Project. It aims to deliver certified and warrantied wave energy converter products to the market by 2024/25, propelling wave energy into the future green energy mix as a bankable technology.

HiWave-5 is supported by a purpose-built €16 million R&D, Manufacturing and Service Centre located in the Port of Viana do Castelo. This facility will further ensure long-term development of supply and service capacity for commercial wave energy farms, according to CorPower Ocean.

The unveiling will be broadcast online from 13.00-13.30 CET on June 15, and the event is accessible to press and public via registration. 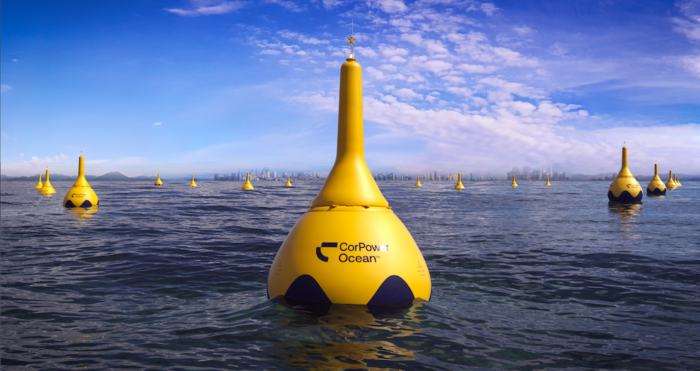