The testing involved the dry testing of CorPower’s power take-off (PTO) on the Hardware-In-the-Loop (HIL) test rig, specifically designed for the purposes of testing the PTO onshore as part of the Wave Energy Scotland (WES) funded Hi-Drive project.

The purpose of HIL rig is to enable onshore testing and provide verification of wave energy converter machinery (WEC) subsystems before deployment.

The rig emulates loads and motions representative of a complete range of expected sea-states, according to verification body EMEC.

The innovative CorPower’s WaveSpring phase control method was verified, with sub-system efficiency of 99% at rated loading, and the test campaign was finalized with a two week non-interrupt test, according to EMEC.

Jean-Michel Chauvet, Director Integration & test, CorPower, said: “The level of detailed characterization of the equipment enabled by controlled dry testing with computer generated wave loading has provided accelerated learning which has helped us to deliver a reliable WEC before deploying it in the ocean. We consider dry testing a critical part also in our next full-scale program for the C4 WEC.”

Tim Hurst, CEO of Wave Energy Scotland, added: “This kind of rigorous testing is essential to verifying the performance of a PTO technology and helps us to reduce risk before moving to the real sea testing environment. CorPower is setting an excellent example to successors following the same thorough approach.”

Following the dry tests in Sweden, CorPower’s WEC – named C3 – was transported to Orkney. The half-scale WEC was deployed in January 2018 at EMEC’s scale test site at Scapa Flow in Orkney with support from the Interreg NWE FORESEA programme.

CorPower plans to wrap up the C3 tests this summer and will incorporate the learning from the wet tests into the development of their next generation WEC technology. This is part of the Horizon 2020 funded project – WaveBoost and the full scale HiWave-5 project.

The HIL-rig will also be used within the WaveBoost project to verify next generation design, the company added. 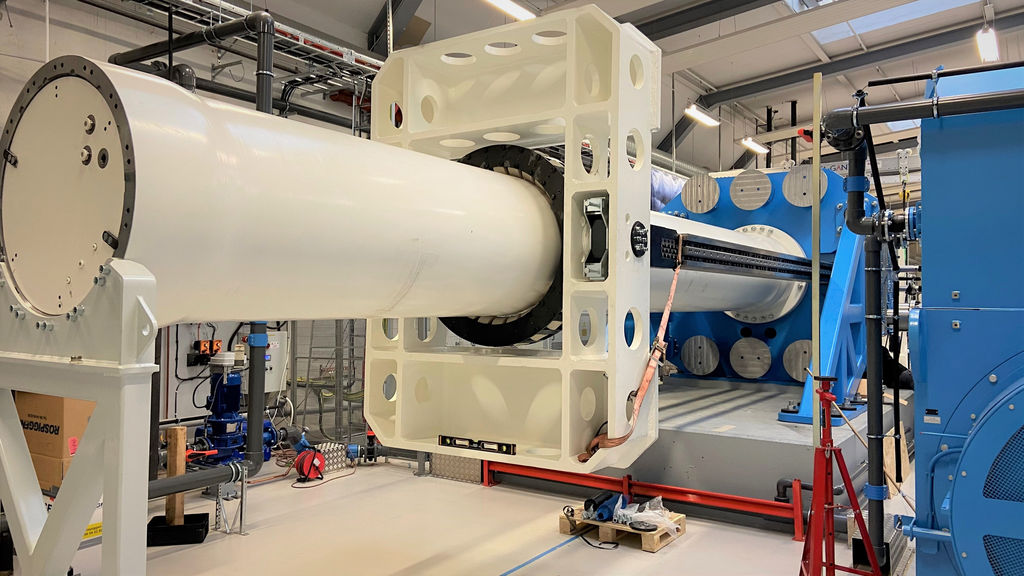