Two new D-class IMT 950 Emergency Response and Rescue Vessels (ERRVs) have been launched at the Balenciaga Shipyard in Northern Spain.

The vessels, named the Grampian Dynamic and the Grampian Dynasty, are being built as part of a £70 million investment plan for North Star Shipping which will see a total of six vessels delivered between 2014 and 2016, Craig Group announced.

The newbuilds have secured contracts with North Sea Operators, commencing immediately following delivery from the shipyard.

“This is a significant investment by Craig Group and is one we are making as a result of our commitment to our clients, our employees and the marine industry. These new vessels are now part of a fleet that is not only at the forefront of technology but also at the forefront of safety.”

Featuring 50 metres in length, the vessels will be outfitted as a minimum with one daughter craft, one fast rescue craft and state of the art survival facilities. An additional two D-class vessels the Grampian Deliverance and the Grampian Devotion will be launched by North Star Shipping in 2015, followed by two F-class IMT 958 multi-role ERRVs in early 2016, completing the investment plan.

Slightly larger at 58 metres long with diesel electric propulsion via twin Azimuth Stern Drives, the F-Class vessels will also be equipped with Daughter Craft and Fast Rescue Craft as well as being able to transfer and store limited deck cargo and provide offshore locations with fresh water and fuel if required.

“Craig Group has invested a total of £350 million in 28 new vessels for North Star Shipping, since 2003, including this most recent commitment.” 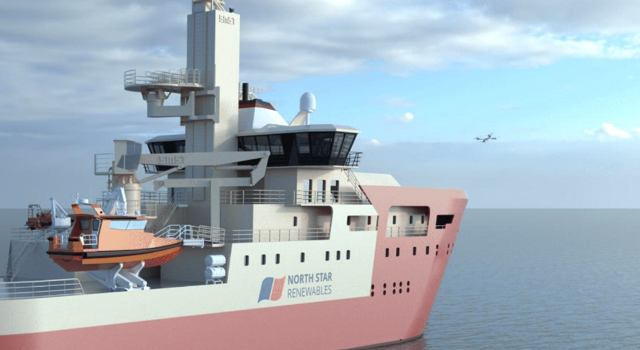