Construction of the second ship, Taino, is well underway at VT Halter Marine’s shipyard in Pascagoula, Mississippi, and it is scheduled to enter service later this year.

The new Crowley ships, built specifically for the Puerto Rico trade, are 219.5 meters (720 feet), 26,500 deadweight tons (DWT), and will be able to transport up to 2,400 twenty-foot-equivalent container units (TEUs) at a cruising speed of 22 knots.

Construction of El Coquí, which is named for the popular indigenous frog on the island, has been managed in the shipyard by Crowley’s solutions group, which includes naval architects and engineers from company subsidiary Jensen Maritime. 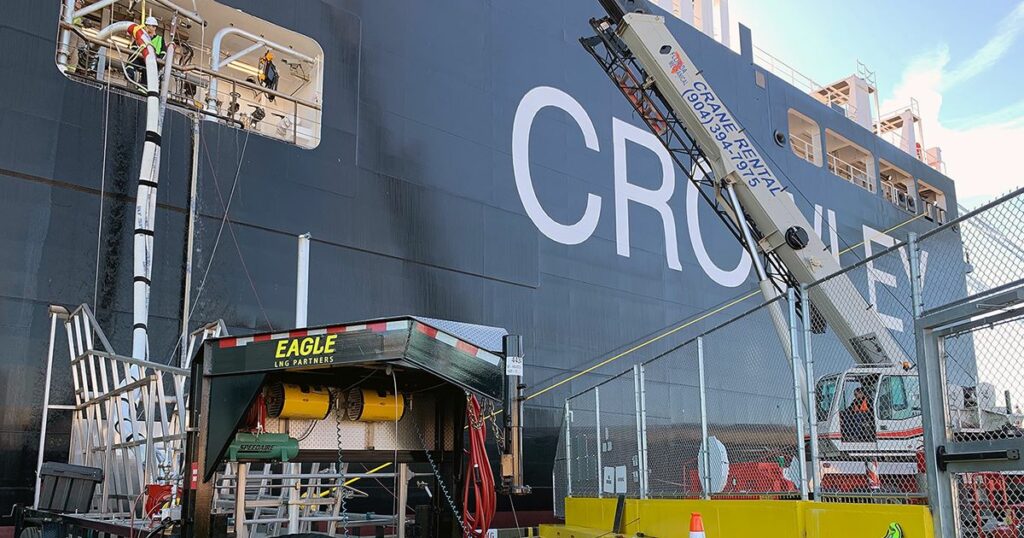