After its delivery, CSCL Pacific Ocean will sail out immediately and, together with CSCL Globe, join the Far East—Europe route. CSCL Pacific Ocean and CSCL Globe are the largest container ships currently in operation, the first two in a series of five same-sized ships ordered by CSCL in May 2013.

CSCL Globe started her maiden voyage on December 7 from Tianjin Port, China. Measuring 400m in length, 58.6m in width and 30.5m in depth, the vessels are as large as four soccer fields, and will be deployed on the Asia-Europe trade loop.

However, these giants will not hold the title of the largest container ships in the world for long. Swiss-based Mediterranean Shipping Company has recently announced that a 19, 224 TEU MSC Oscar will join its fleet in January 2015. 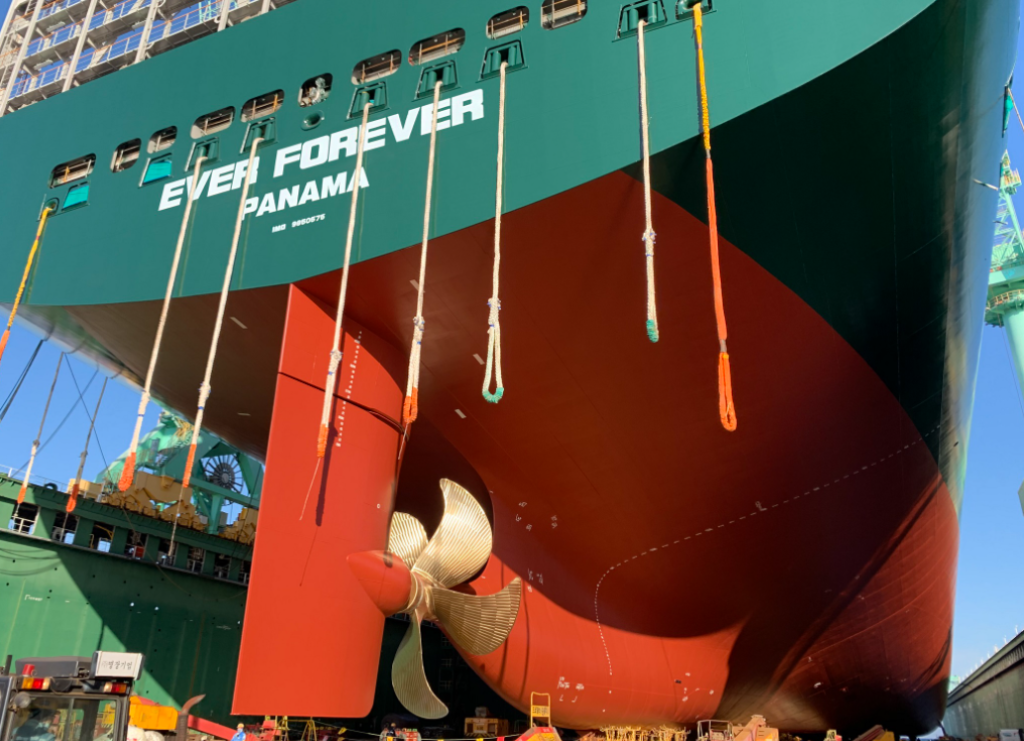