Less than two months after opening their office in Stavanger, Norway, Damen Shipyards delivers a Stan Tug 1004 to the Norwegian Shipbuilding company SIMEK AS in Flekkefjord. The Stan Tug was shipped to Norway last Monday on the Wagenborg carrier MV SAMIRA from Rotterdam Waalhaven. Damens first strides in the Northern Parts of Europe seem to reveal prospects.

Sales Manager Remko Hottentot of Damen Shipyards Stavanger: “We have some pretty busy weeks behind us and more of those of come. The tug’s delivery positively kicks of the new year”.

Mr Øyvind Iversen, director of SIMEK AS: “Damen’s Stan Tug is just the tug we need, a proven design with a touch more towing power than the small boats we currently use. It will be deployed on our own shipyard to tow around large hulls. Should operational assistance be required in the nearby fjords, we may put it to use there as well.”

Iversen: “One shouldn’t be so harsh about competition. Success is not only based on good products, but also on the dealings of financial markets. The strong Norwegian currency makes it attractive for us to buy in foreign countries, but national and export markets suffer. This situation will turn around again, and will prove flexibility and collaboration as valuable as competition”.

Iversen foresees a lot happening on the gas- and oil markets in the North Sea and Arctic area, a point of view that Hottentot subscribes, he confirms that the current movements in the Northern European markets holds Damens interest. The company itself is already in the picture. Six supply vessels were sold recently to a party in Norway and new tenders are up-coming. Offshore and Windfarming remain important markets, moving in more remote area’s, with sterner physical conditions to cope with. Winterisation of the vessels is one of the points of development and refinement, working in deeper and rougher water another. The extremely low temperatures request for high-tech solutions. Hottentot: “Parties from Iceland and the Faroe Islands start showing interest in our well-studied and tried vessels. The Faroe Islands swiftly develop from a fishing nation into an oil and offshore–driven economy. It is exiting to be part of these developments, also from a R&D point of view”. 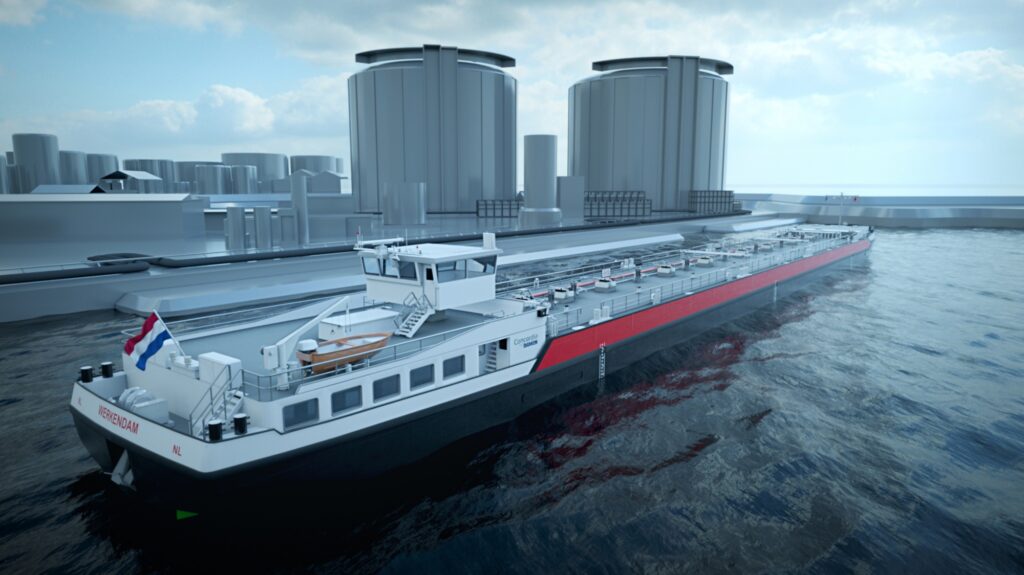