Digital Standards Will Not Rule Out Customization

The association was established by four shipping giants — Maersk, Hapag-Lloyd, Mediterranean Shipping Company (MSC) and Ocean Network Express (ONE) — in Amsterdam on April 10.

“The pace of digitization is picking up, but from a low level. If we compare ourselves to other industries such as banking, telco, entertainment, travel, the container shipping industry is still lagging behind,” Thomas Bagge, CEO and Statutory Director at DCSA, said in an interview with World Maritime News.

“DCSA is trying to address one of the barriers to digital transformation – the lack of basic technological standards.”

“There are others of course, like the truly global nature of the maritime sector and the century old history, which has driven ways of working that are not always ripe for the 21st century,” he explained.

With the DCSA having been officially launched, World Maritime News wanted to find out more about the association’s next steps, priorities and specific projects.

Bagge told WMN that the founding members have already decided on a roadmap for 2019, which includes two specific initiatives concerning an industry blueprint, as well as data and interface standards.

Three more initiatives have been identified waiting to be launched.

The main decision-making body at DCSA is the General Assembly, where each member is represented with a representative on C-level — e.g. CIO. The body decides on projects the association will work on.

“DCSA works continuously and professionally with multiple full-time resources on projects and will release standards 5-7 times per year. The work on projects involves close and weekly collaboration with the delegates from all members,” Bagge further said.

When asked about the initial results of DCSA’s operations, Bagge revealed that results on the two ongoing initiatives are expected in the second half of this year.

“To have an effect for the industry and our customers, the decisions we make must be implemented. That is a question for the members of the association. All standards are openly available, free of charge, for the whole industry and all other interested parties,” he pointed out.

According to Bagge, DCSA founders intend to work together with stakeholders from the entire shipping industry. They include ports, freight forwarders, IT suppliers and others.

“If you look at the journeys of other industries, these have been enabled by changing the ways of working and a high degree of collaboration – all for the greater good of the industry and its customers. The enablement of digitization is about that: new ways of working, acquiring new capabilities and changing and challenging the mindset that we have in the industry.”

“When we collaborate, we can deliver better technological changes to our customers and more quickly compared to working alone,” Bagge stressed.

As explained, customers require “a seamless execution” of the transport value chain, so one needs openly available standards as common basic grounds for interoperability. However, DCSA members do not advocate that “one size fits all” as they believe that there is plenty of opportunities in mass customization and modularization.

Speaking about prerequisites for joining the association, Bagge said that there are a number of conditions for joining DCSA as a member and for now only container shipping lines can join. However, all standards will be available free of charge and, therefore, other stakeholders can implement the standards as well.

With four industry majors joining forces in DCSA, as opposed to five that were mentioned in November 2018 when the parties first unveiled their plans, the absence of France’s CMA CGM from the association is notable. WMN asked whether the French company will also join DCSA in the near future.

“DCSA is in discussions with multiple other container shipping lines around the globe who are interested in joining DCSA, and preparations for membership of two companies are already ongoing. CMA, like any container carrier, is welcome as a member, however I cannot comment on any specific names,” Bagge said.

“This digital enablement will also enable new products and services to be developed by the many talented start-ups we see out there. They too will benefit, but the ultimate goal is of course to move the industry forward to the benefits of our customers,” he concluded.

As previously disclosed, the founding members don’t intend to develop or operate any digital platform. 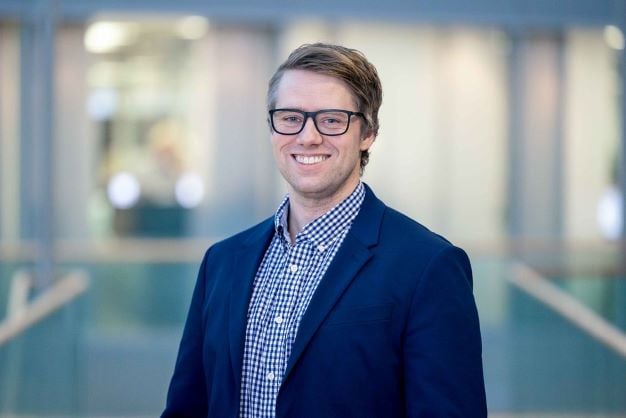