DCT Gdansk to Continue Growing in 2018

After it saw a growth rate of 24% in 2017, Poland’s Deepwater Container Terminal (DCT) Gdansk aims to continue growing this year as well.

During the year, DCT Gdansk’s volumes increased to just under 1.6 million TEU as the company launched full operation of the second terminal T2, doubling its capacity.

“This facilitated the continued growth of our relationship with the 2M Alliance and then in May the arrival of the OCEAN Alliance. Having the world’s two largest Alliances provide direct calls with the largest ships in their fleet is a real testament to the vision of building DCT Gdansk,” Cameron Thorpe, CEO of DCT Gdansk, said.

Continuing to plan growth, DCT has initiated its ‘T2B program’, due to roll-out over the next 3 years.

The program includes two additional ship-to-shore cranes arriving in the third quarter of 2018, enabling the T2 berth to deploy 7 cranes by the end of this year. In support there will be an expansion of the yard area with 5 additional all-electric e-RTGs.

Thorpe said that over the next two years there will be a second fairway approach to the Port of Gdansk, to which DCT will have access.

This will further reduce the time from pilot-station to berth, enhancing the total port turn-around time of the ULCV’s calling.

“Longer-term, DCT has considerable ability to expand both berth and yard footprint, so we can effectively continue to grow in-line with market demand,” Thorpe concluded. 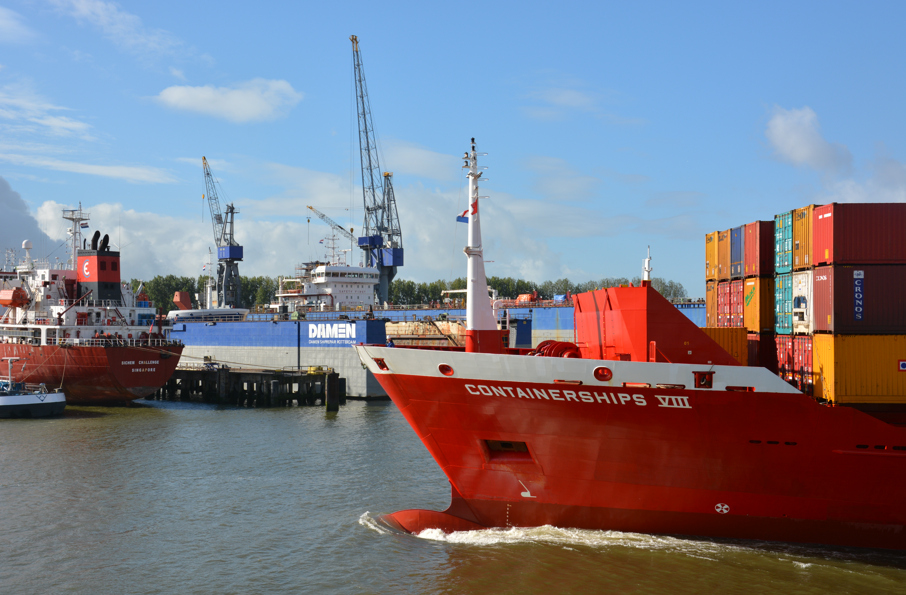