Dutch shipbuilder and maritime equipment supplier, Royal IHC has launched what it claims to be the world’s first LNG-powered dredger. The vessel is owned by Belgian company DEME.

The launching ceremony of the 3,500m3 trailing suction hopper dredger (TSHD) named Minerva was held on Saturday at IHC’s shipyard in Kinderdijk, The Netherlands.

The official name giving and christening ceremony will take place in the spring of 2017 in Zeebrugge, Belgium, IHC said in a statement.

IHC’s Executive Director Shipbuilding, Arjan Klijnsoon noted in the statement that the launching of the Minerva is an “important milestone for the dredging industry.”

“IHC had already started to investigate the integration of LNG into dredging vessels in 2012, enabling us to understand the challenges of this green solution. This gave us a solid basis to work from when DEME started its tender process, and helped us to materialise DEME’s preliminary design for two LNG-powered TSHDs,” Klijnsoon said.

The 83.5 meter long LNG-powered dredger is equipped with Wärtsilä dual-fuel engines meaning it can run on both LNG and conventional marine fuels.

It has a ‘Green Passport’ and a ‘Clean Design’ notation, “complying and exceeding with the strictest international emission requirements,” IHC said.

According to the Dutch shipbuilder, the availability of the vessel has also been increased since it meets the requirements for the extended dry-docking system. Ships under this special programme get a maximum dry-dock interval of 7.5 years, instead of 5 years, by replacing certain dry-dockings with in-water surveys.

DEME currently has three LNG-powered dredgers on order with IHC.

Below, you can find a video of the launching ceremony. 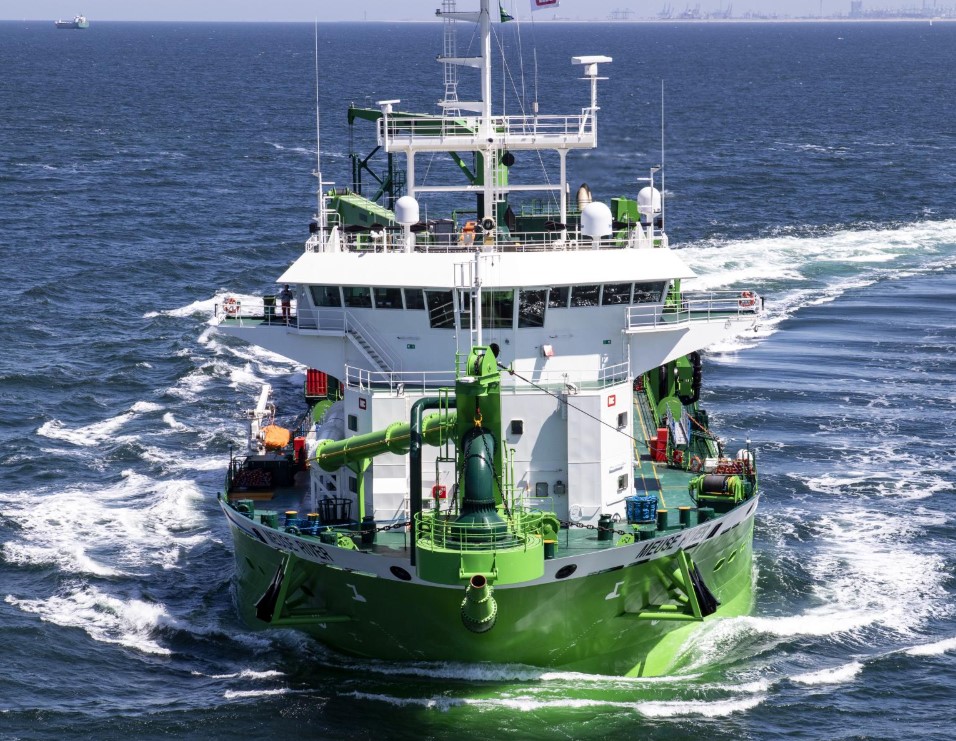