In the early morning of September 25th 2013, Poseidon P37 was put back in operation at the test site off Onsevig Harbor, at the north coast of Lolland.

This is test phase nr. 4. Test Phase 1, conducted 2008/09, had the purpose of documenting platform stability including the impact of the moving wave absorption floaters on overall platform stability. The test was successful and DTU/Risoe and DHI “green lighted” the installation of wind turbines on the platform.

Test Phase 2, conducted 2009/10, had the purpose of documenting power to the grid from wind turbines on the floating structure and of documenting the efficiency of the wave energy absorption floaters expressed as hydrodynamic efficiency to provide background data for the engineering of the final Power Take Off system (PTO).

Test Phase 3, Conducted  September 2012 had the purpose of jointly producing power to the grid – from the wind turbines and the wave absorption floaters. The wave absorption floaters were equipped with a new PTO system designed in cooperation with Siemens Industry, Fritz Schur Energy, Contech and others. The PTO system is a closed hydraulic system, where each floater is an independent energy producing unit. Each float and adjacent PTO system operates at power levels which enable the use of standard power generation components.

Test Phase 4, started September 2013 and has the purpose to further validate reliable power production from wave and wind and to test the newly developed Condition monitoring system. 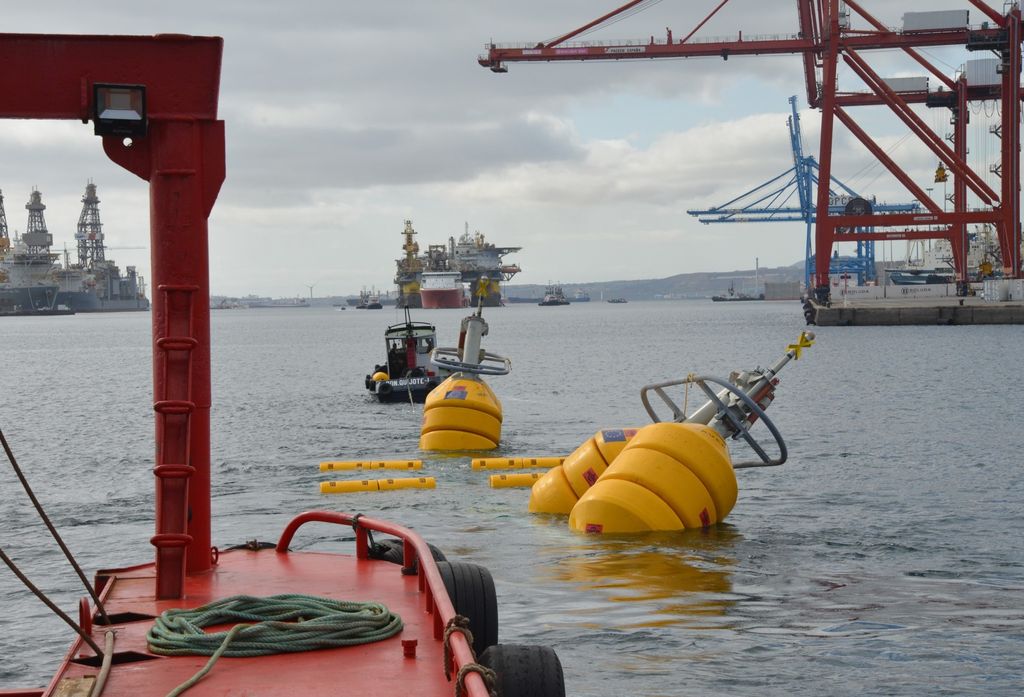