Also, DOF secured deals for two platform supply vessels (PSVs), the Skandi Foula and Skandi Buchan, which will join the Skandi Neptune in the second quarter of 2019 carrying pipe and subsea hardware to the main installation vessels.

According to the company, the forecast assets utilization is estimated close to 650 vessel days plus options.

The second CSV that the company found work for was the Geoholm. It has begun preparations in Singapore for marine and ROV operation in the Red Sea offshore Saudi Arabia for a campaign set to last over 700 days in support of a 3D ocean bottom node survey projects.

Finally, DOF secured a short-term contract in the Mediterranean for the Skandi Caledonia platform supplier which is set to start in March 2019.

DOF said that the contract awards would collectively provide around NOK 425 million ($49.4 million) in additional backlog to the DOF Group, of which 62% is in 2019.

Mons Aase, CEO of DOF Subsea, said: “This is an exciting award for us, entering a new area and at the same time strengthen our position as a global subsea IMR provider. Guyana is a growing region where we expect increased activity going forward.”

In recent news regarding Guyana, one of the regions where DOF won contracts in, ExxonMobil struck oil once more by making two additional discoveries at the Tilapia-1 and Haimara-1 wells. That brings the total number of the company’s discoveries in the offshore Stabroek block to twelve. 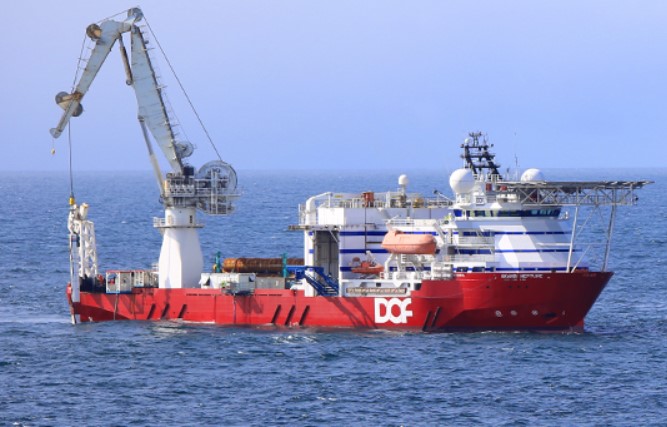