Equinor to supply gas to Ørsted via Baltic Pipe

Danish Ørsted, said to be the world’s leading offshore wind developer, and Norway’s energy giant Equinor have entered into an agreement under which Equinor will supply Norwegian gas to Denmark via Baltic Pipe from 1 January 2023 to 1 April 2024.

The total volumes of gas supplied during the period will be approximately 8 TWh, corresponding to roughly a quarter of the expected total Danish gas consumption.

With this agreement and the production from the South Arne field and from biogas, Ørsted said it has more than covered the consumption of its customers, which are business customers in Denmark and Sweden.

According to the Danish company, the deal strengthens the security of supply in Denmark while also replacing the gas volumes that Ørsted would otherwise need to buy on a volatile European gas market in the period when the Tyra field is not supplying gas to Denmark.

“We’re pleased to have entered into this agreement with Equinor, which ensures a stable supply of Norwegian gas to Denmark via Baltic Pipe during the period when the Tyra field isn’t supplying gas to Denmark,” said Søren Thygesen Blad, head of Gas Portfolio Management at Ørsted.

“With this agreement, we’ll have more than enough gas to meet the gas demand of our customers for the coming and next winter, enabling us to stock up our Danish gas storage facilities over the summer.”

Baltic Pipe is a natural gas pipeline between Europipe II, which traverses the North Sea between Norway and Germany, and Poland.

The project was officially inaugurated on 27 September and commissioned with partial capacity on 1 October. The volume of gas to Poland will be continuously increased until full commissioning at the end of November.

The 274-kilometer link will have a full annual capacity of up to 10 BCM.

It is said to be one of the largest infrastructure investments in Poland and has been awarded the “Project of Common Interest” status by the European Commission. 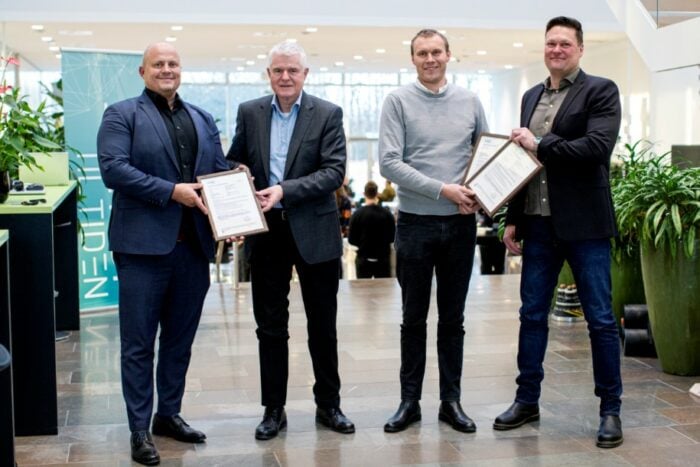