Back to overview
Home Fossil Energy EU and U.S. condemn Russia’s use of ‘energy blackmail’ through actions like gas supply halt

EU and U.S. condemn Russia’s use of ‘energy blackmail’ through actions like gas supply halt

The European Commission, the executive arm of the European Union (EU), and the United States have condemned “Russia’s use of energy blackmail”, like cutting off gas supplies to Finland, and welcomed Finland’s contract to lease a floating LNG import terminal as part of efforts to strengthen energy security and diversify supply.

Russia’s Gazprom last Saturday informed it had completely suspended gas supplies to Finland’s Gasum due to its failure to pay in rubles for the gas supplied in April.

“Payments for gas supplied since April 1 must be made in rubles via new account details, of which the counterparties were duly informed,” Gazprom said.

Gazprom noted that, in 2021, it delivered 1.49 billion cubic meters of gas to Gasum, which made up two-thirds of Finland’s total gas consumption.

In a joint statement on Tuesday, the EU and U.S. emphasised that Russia has demonstrated that it is an unreliable supplier of energy to Europe through unjustified and unacceptable actions such as cutting off electricity and natural gas to Finland, halting natural gas exports to Poland and Bulgaria, and threatening similar actions against other European nations.

The statement from the EC underlined that efforts are underway to diversify supplies and reduce dependence on Russian gas.

Since 2020, Finland has been interconnected to Estonia via the Balticconnector, a project supported by the European Commission, which increases the security of supply for Finland and the region. Furthermore, on 1 May, the Poland-Lithuania Gas Interconnector started its commercial operation which reinforces the optionality and resilience of the whole Baltic gas market and was also supported through the Connecting Europe Facility of the European Commission.

The EC and the U.S. are working together to address the challenges involved with reducing energy imports from Russia under a joint Task Force on Energy Security announced by U.S. President Joe Biden and EC President Ursula von der Leyen on 25 March, the same day as the LNG supply deal between the EU and U.S. The deal entails the provision of 15 billion cubic meters of LNG to the EU this year.

Through the Task Force, the governments will continue working to diversify Europe’s supply of natural gas while accelerating the deployment of energy efficiency and smart technologies in European homes and businesses, electrifying heating, and ramping up clean energy output to reduce the demand for fossil fuels altogether.

As one of the important steps towards realizing these goals, the EC and the U.S. welcomed Finland’s contract to lease a floating LNG import terminal from a U.S. provider that will be operational before the end of this year.

Namely, on 20 May Texas-based Excelerate Energy and Gasgrid Finland signed a deal to charter a floating storage and regasification vessel (FSRU) that will provide LNG to Finland, Estonia, and the Baltic Sea Region.

As a result, Excelerate will deploy its Exemplar FSRU to provide regasification services in Southern Finland. The Exemplar has a storage capacity of 150,900 m3 of LNG and can provide more than 5 billion cubic meters per year (bcm/y) of regasification capacity. 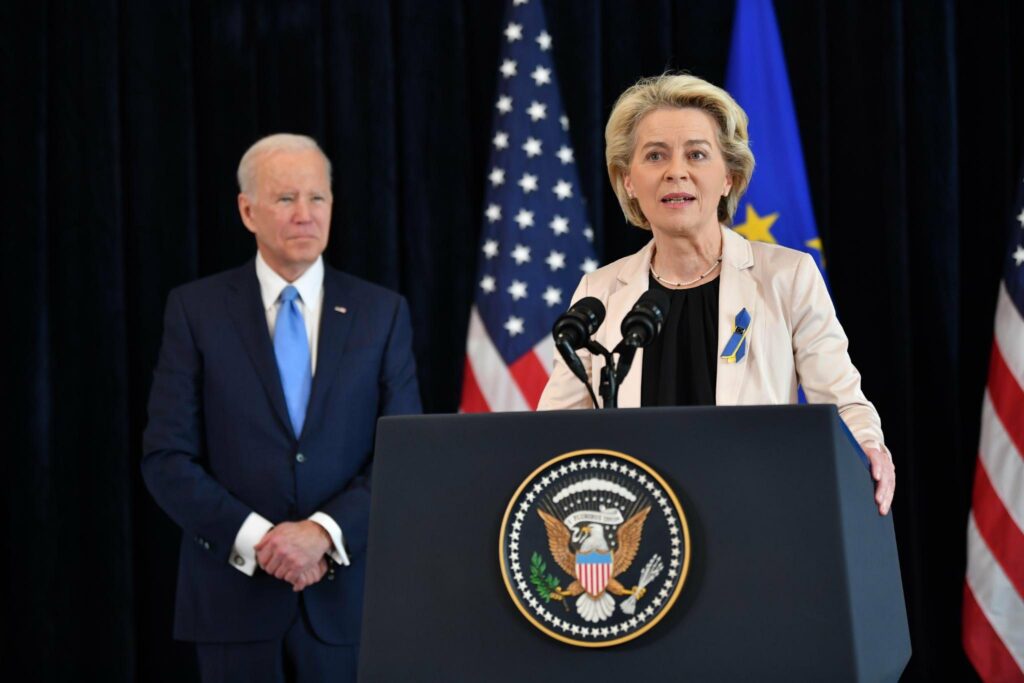