Representative bodies of the EU port authorities and terminal operators, the European Sea Ports Organisation (ESPO) and the Federation of European Private Port Companies and Terminals (FEPORT) have jointly agreed that the proposals for an Alternative Fuels Infrastructure Regulation (AFIR) and the FuelEU Maritime Regulation should enable the deployment of onshore power supply (OPS) where it makes the most sense.

According to the organisations, the greening of shipping entails addressing emissions from shipping both during navigation and at the berth and onshore power supply is one of the technologies that can help reduce greenhouse gas (GHG) emissions at the berth.

“Both organisations underline the need for an ambitious deployment of OPS as a means to reduce the harmful emissions of ships of nitrogen oxides, sulphur oxides and particulate matter. In this way, port stakeholders can contribute to the much-needed greening of shipping“, ESPO and FEPORT said in their joint statement.

Article 9 of the Commission AFIR proposal could result in the entire port needing to have OPS if it receives more than a certain number of port calls by a container or passenger vessel. This would entail significant additional public investment for deploying OPS compared to a more focused approach. These investments are unlikely to be cost-efficient in relation to the emission reductions that they can deliver.

ESPO and FEPORT would instead propose an approach which focuses on OPS deployment per location (such as berths or terminals) in the port, rather than per port. This would ensure that OPS, also known as shore-side electricity, is deployed where it makes the most environmental and economic sense, whilst maintaining the established roles and responsibilities of the various port stakeholders, the organisations explained.

To avoid a waste of limited time and public resources, the legal framework on the European level should ensure that OPS is deployed at locations in the port where each installation will deliver maximal emissions reductions per Euro invested.

Therefore, to optimise the use of OPS as a solution to emissions at berth, ESPO and FEPORT call for the following:

The organisations claim that this approach does not assign new responsibilities to stakeholders in the port, and would respect the diverse governance models of European ports

“By calculating the number of port calls based on the relevant locations in the port,  it becomes possible for Member States and ports to prioritise investments in OPS where it makes the most sense in terms of environmental benefit (GHG reductions). Accordingly, locations in the port that are normally not called at, or that are not intended to be called at by the ship segments required to use OPS at berth, such as underused terminals, can be excluded from the requirement.

“ESPO and FEPORT welcome that such an approach has been submitted by different members from different political groups and hopes that this approach will be well reflected in the compromise position that is being established by the rapporteur and shadow rapporteurs in the Transport Committee.

“ESPO and FEPORT look forward to supporting policymakers in introducing a common-sense approach to OPS”, the statement concludes. 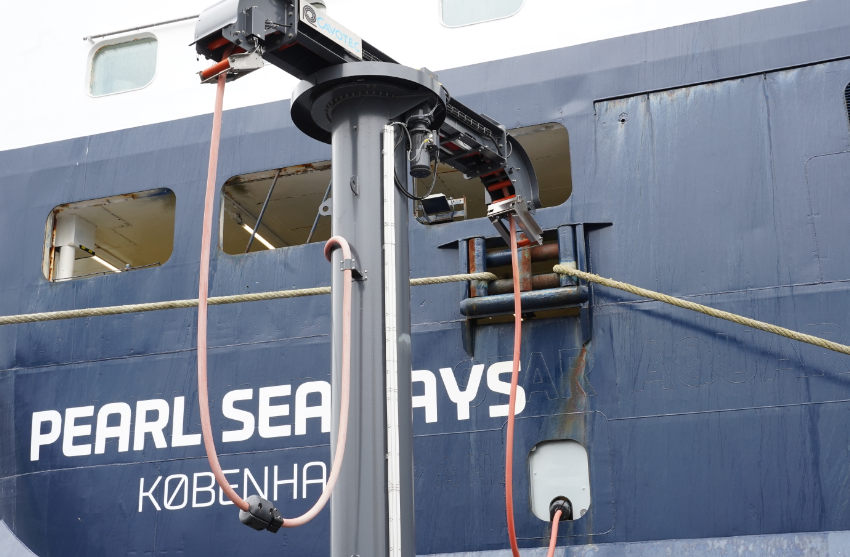