Back to overview
Home Green marine Study: Green shore power has potential to cut emissions in ports by 90%

Study: Green shore power has potential to cut emissions in ports by 90%

Green shore power could reduce emissions in ports by more than 90%, as well as minimise noise and air pollution levels, a new feasibility study released by Scotland’s Aberdeen Harbour shows.

The comprehensive study, delivered in partnership with Connected Places Catapult, also found that 78% of port emissions in Aberdeen North Harbour are attributed to vessels at berth.

Moreover, the study revealed that a proposed demonstrator project could provide green shore power in North Harbour within two years. Technical assessment and solution comparison has been completed and provides a clear way ahead, according to the study.

In order to progress to the next phase of the demonstrator project, agreeing the commercial model and securing funding from the public and private sectors is critical, the study also found.

The study was funded with a grant of more than £400,000 from the UK Government’s £20 million Clean Maritime Demonstration Competition, which was introduced to drive innovation for clean maritime and shipping projects.

The project involved extensive stakeholder engagement and data analysis which helped to build a detailed picture of the needs and expectations of shipowners and port users.

“Providing green shore power is a win for the port, our customers, the community and the environment. We now need commitment and collaboration as well as investment from the public and private sector to deliver the demonstrator project,” Bob Sanguinetti, Chief Executive of Aberdeen Harbour Board, commented.

“The feasibility study has developed a place-centred blueprint of the future green port that can be utilised by other ports across the country. I’m proud that Aberdeen Harbour is leading the way and we look forward to working with other ports to progress this work.”

“Aberdeen has long been a centre of excellence in future energy systems. The Clean Maritime Demonstrator Competition has enabled us to work together with Aberdeen Harbour on the greatest challenges to face the sector in a generation,” Thomas White, Ecosystem Director – Maritime & Ports for Connected Places Catapult, said.

“Through working with our partners at the port, Buro Happold, the Tyndall Centre and regional leaders, we have developed our port blueprint to be transferable to other ports and coastal regions. This will build confidence in future decarbonisation solutions across the sector informing next steps and stimulating collaboration in the run up to the recently announced, multi-year extension to the Clean Maritime Demonstrator competition.”

“Shore power infrastructure is an important step in the decarbonisation of marine operations and aligns closely to bp’s long term decarbonisation ambitions. We are proud to support this project,” Luke Hendricksen, Marine Operations Lead, bp, noted.

Connected Places Catapult supported Aberdeen Harbour by connecting with other UK port regions and providing a place-centred blueprint of the future green port that can be utilised by other ports across the country. Buro Happold and Tyndall Centre also provided support to the project.

In November 2021, Aberdeen Harbour signed a memorandum of understanding with bp to identify and develop projects that could reduce emissions and lower air and noise pollution from vessels calling to the port, including the supply of a zero or low carbon power supply to all vessels in port, over time.

Aberdeen’s feasibility study comes only a month after the UK goverment launched a call for evidence to gather information on the costs, benefits, vessel emissions and options for increasing the use of shore power in the UK.

Maritime Minister Robert Courts launched the call for evidence amid the government’s efforts to accelerate maritime decarbonisation through its Transport Decarbonisation Plan by switching to emissions-cutting shore power at UK ports.

The Feasibility Study for Shore Power is part of the Clean Maritime Demonstration Competition (CMDC) launched in March 2021, funded by the Department for Transport and delivered in partnership with Innovate UK.

As part of the CMDC, the department allocated more than £23 million to 55 projects supported by 208 organisations from across the UK.

The CMDC was announced as part of the Prime Minister’s Ten Point Plan to position the UK at the forefront of clean maritime technologies and reduce emissions from the sector.

The CMDC is supporting the research, design, and development of zero-emission vessels and infrastructure solutions to enable clean technologies to commercialise and accelerate the decarbonisation of the maritime sector.

The programme is funding projects from across the entire UK, including in Scotland, Wales and Northern Ireland as well as from the South West to the North East of England. 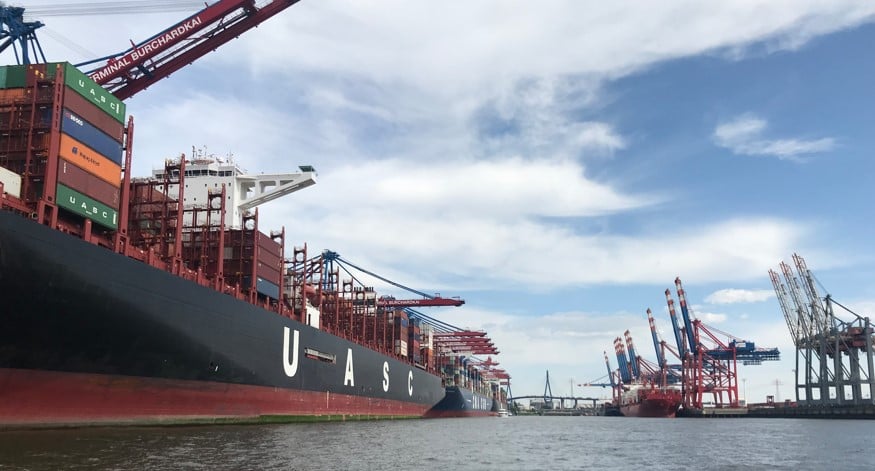