Back to overview
Home News Finding the cracks before they appear

Finding the cracks before they appear

The potential of vibration monitoring on winch systems

The current As a result of the current surge in sustainability developments in the maritime sector, a major shift is taking place in winch technology. After having dominated the playing field for decades, hydraulic winches are losing ground to electric-powered systems. Electric drives used to be far less compact than their hydraulic counterparts. Since free space is a scarce commodity on virtually all ships, that disadvantage was a dealbreaker.

The electric winches that are emerging on the market nowadays, however, have slimmed down significantly. They sometimes weigh even less than hydraulic drives, while still matching their power and torque. Dromec, a Dutch company specializing in winch technology, realized the potential of electric-powered winches years ago. They have been actively developing the technology, adjusting and modifying electric drives to accommodate their customer’s requirements. It wasn’t always smooth sailing, however. As is generally the case with innovative technology, there are still some teething problems to overcome.

Luckily, they love a good challenge at Dromec. So, when the owner of a fishing vessel approached them in 2015 to see if Dromec could transform the hydraulic winch drive on his trawler to an electric drive, the project sparked their interest.

Winch conversion
Cees Drost, Dromec’s sales representative and co-owner, discussed the project with Geerart de Vree, the engineer in charge of Dromec’s technical department. “Only when Geerart says that something is impossible, will I believe that it really can’t be done,” Mr Drost states confidently.

They decided to take on the challenge. The first step was to measure the specific surroundings of the hydraulic systems on board. Dromec collected the data regarding cable speeds, vessel speed, maximum working load, as well as tension levels on the winches. These data served as a basis for the configuration of the winch drive and gearboxes.

After three years of preparing, manufacturing, and installing, the vessel took to sea. Most elements in the converted winch system functioned properly right away; others needed some adaptations. When all other issues had been resolved, one crucial kink remained: the gearboxes kept breaking down. No matter what Dromec’s engineers tried, they couldn’t keep them going.

Gearbox monitoring
But what was going wrong? Were the calculations off? Did they overlook something? To answer those questions, Dromec needed to find a way to monitor the gearboxes during operation. To do so, they joined forces with the automation experts at Bachmann to set up a vibration monitoring system. Three sensors were placed on each 200kW gearbox, another two were set up on each electric winch motor. Bachmann supplied the sensors, cables, and software. They also monitored and analyzed the collected data.

The two companies set up meetings at regular intervals to assess the data reports. The vibration sensors provided Dromec with an incredible amount of information. “They basically allow us to observe the gearbox as if through a microscope,” says Mr de Vree. “They provide such meticulous insights. We can distinguish engine speeds, frequencies, bearing elements, and even gearbox components. They all have their own, specific vibration signals.”

Detecting deficiencies
Over time, the sensors detected several defects. At one point, they picked up a distortion on the output switching frequency of the frequency inverter. “Probably a wiring issue on the motor, we figured. One check on the EMC later, the problem was fixed,” explains Mr de Vree.

Another time, the sensors registered an unusually high vibration at the back of the engine. When Dromec investigated it, a small bearing in the forced ventilation turned out to be the culprit. It had been affected by corrosion. “The wear on the bearing had altered its vibration profile. What’s so remarkable about the sensors picking up this signal, is that the bearing wasn’t even broken,” clarifies Mr Drost. “It was still turning, just with a little more friction.”

“To us, that really was an eye-opener,” adds Mr de Vree. “It showed us the great potential this technology has for early damage detection.”

However, in the case of the gearboxes, the monitoring system didn’t work. Small hairline cracks seem to have damaged the material without changing the vibration profile. Then, without prior warning, one of the gearboxes broke down.

“We expected gearbox failure to occur when both load and torque levels were high. But when the gearbox actually broke down, the load was low, while the speed was high. Apparently, this combination also caused heavy vibrations,” explains Mr de Vree.

“Being able to test whether your assumptions are correct, is so valuable,” says Mr Drost. “But it is a long-term process. You need to monitor during a longer period of time to determine the regular patterns. Only then will you recognize anomalies in the data,” he concludes.

Setbacks
While the gearbox monitoring system was up and running, the next issue presented itself. The vessel’s satellite connection wasn’t always strong enough for the vibration sensors’ data transmission. The next time a gearbox broke down, the data wasn’t stored properly, making it impossible for Dromec to figure out what cause the breakage. “Precisely the data that we wanted to analyze most of all, was missing. We really wanted to see that breakdown coming,” says Mr Drost.

“It is an iterating process, which makes it so important that there is a continuous connection to the system,” adds Mr de Vree.

The missing data was a major setback for Dromec, leaving them unable to find a fitting explanation for the recurring gearbox failure. Later on, the company found out that structural mechanical errors had been made by the (external) gearbox manufacturer. “This finding was somewhat of a relief, since it meant that we hadn’t selected an ill-suited gearbox,” explains Mr Drost. “The gearboxes should have been perfectly adequate for the job, but simply had some manufactural deficiencies.” At the time of writing, the company is conducting an investigation to figure out the cause of these flaws.

Another important factor in the recurring gearbox problems seems to be the tremendous forces that the equipment on trawling vessels is exposed to. Trawlers will make 90 degree turns at full throttle during some parts of the fishing process, for example, causing extreme vibrations.

After consulting with the client, Dromec configured some limitations in the control management software. When the ship speed is too high during the last leg of its track, the control screen sends out a warning signal by blinking. “The speed loss is absolutely minimal. On a full, 90-minute fishing track, the limitations cause a delay of merely 30 seconds, adding up to a maximum of five minutes a day,” states Mr Drost. “But slowing down at the end of the track makes it easier to pick up the buoys. This could even compensate the time loss. Moreover, a lot of damage is prevented on the machines.”

Critical processes
Dromec will continue monitoring the vibrations on board.

Even though the conversion project wasn’t a success in all respects, it proved to be of great value to Dromec. “This project offered great insights in the future potential of sensor-based monitoring,” says Mr de Vree.

“Our service attitude is increasingly pro-active. Monitoring systems can be a great asset for our customers in preventive maintenance, helping them replace worn elements before they break down,” adds Mr Drost.

Mr de Vree is particularly enthusiastic about the potential for critical, non-stop processes that involve great speed variation. Water injection dredgers, for example. “It could prevent unexpected downtime on ships, or be used to optimize revision planning,” he concludes. 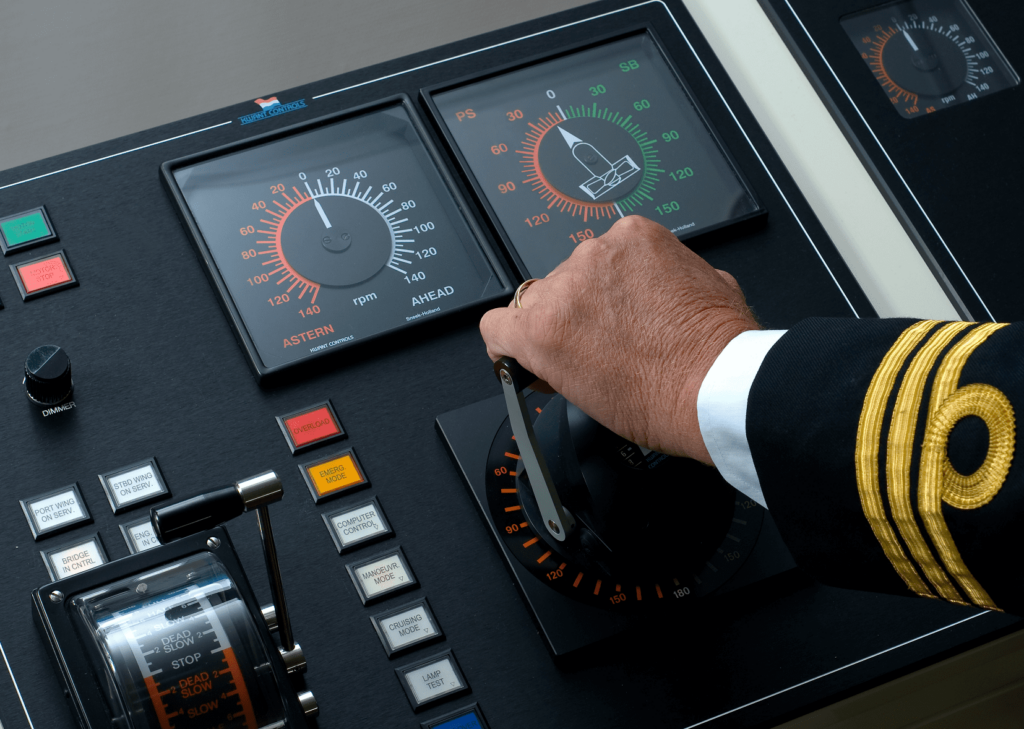