Cargotec has signed its first contract for MacRack, an electric-drive innovation for MacGregor side-rolling hatch covers which combines two operations, raising a cover, and moving it sideways to open or close the hatch, and which generated great interest at Marintec China exhibition.

Zhenghe Shipyard has ordered Cargotec’s all-electric MacRack system to open and close side-rolling hatch covers on a 47,000 dwt bulk carrier being built for a Chinese owner and scheduled for delivery in July 2012. The contract was signed in September and Cargotec is delivering the first MacRack components in December.

MacRack is a new economical, competitive and environmentally-friendly electric-drive system that unites the lift and drive operations for side-rolling hatch covers and so makes separate hatch cover lifters obsolete. The combined rack-and-pinion drive and lifter employs an enhanced control system and just one electric motor per hatch cover panel.

“Cargotec anticipates that MacRack will become the standard system for side-rolling hatch covers,” said Esko Karvonen, Vice President of Cargotec’s Marine Dry Cargo business line. “Inspired by a commitment to the environment and improving overall cargo system performance, the initiative for this development came from shipyards and shipowners.

“And it has certainly attracted a lot of interest at Marintec this year. Close to 150 customers from Chinese and Japanese shipyards took the opportunity to attend the first full-scale demonstration of MacRack which took place in Nantong during the week before the show.”

“MacRack is one of the many ongoing initiatives at Cargotec,” Mr Karvonen said at the MacRack event in Nantong. “We have always been the forerunner in the industry and are constantly looking for and developing new solutions for the benefit of our customers, both from environmental and economical points of view. Finding the right solutions for such initiatives is the essence of the way we work”.

Development work is a continuous process and does not happen overnight. Work on the electric-drive side-rolling hatch cover started in 2001 in response to the Japanese car industry’s ambition to make its supply chain as ‘green’ as possible. The MacGregor answer to this challenge was to launch the ‘E-Roll’ side-rolling hatch cover system. E-Roll’s components and control system were essentially developed from scratch because similar systems for the marine and bulk carrier environments did not exist.

As with all first-generation technology, improvements were needed and the development project focusing on the safety, technical limitations and cost of electric drives resulted in the launch of MacRack. No hydraulics are needed and installation of the system is easy compared with hydraulic systems.

This is a significant advance in electric-drive technology. MacRack, like the other electric drives in Cargotec’s portfolio, provides a sustainable and efficient technological solution. When opening hatch covers a lever mechanism converts the electric motor’s rotating motion into a vertical movement, providing the lifting force needed. When closing, the mechanism lowers the covers and pushes them together to achieve the correct amount of rubber compression and tightness. 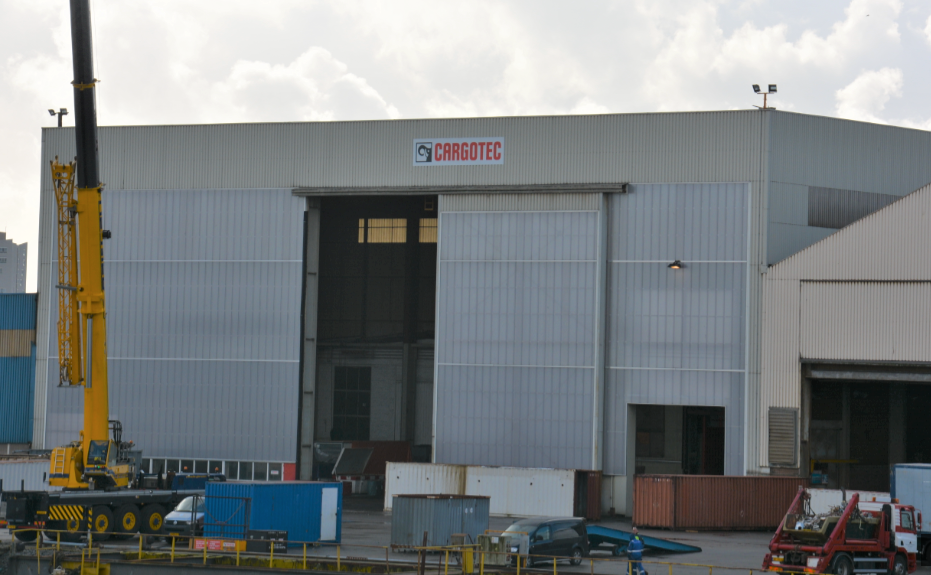