First 100km of subsea cable in at Shetland HVDC link

The first 100 kilometers of subsea cable has been installed for SSEN Transmission’s Shetland High Voltage Direct-Current (HVDC) link in the North Sea.

The £660 million project will involve constructing a 260-kilometers subsea cable from Shetland to the GB mainland, linking Shetland to the national grid for the first time.

Starting in July, the subsea HVDC cable was pulled-in to where it makes landfall at Noss Head near Wick from aboard cable-laying vessel NKT Victoria, and was installed onto the seabed as the vessel made its way out to sea to a point east of the Orkney Isles.

Once the cable was installed, where possible it was trenched into position using construction support vessel Grand Canyon III with a specialist subsea jet trencher.

In addition, all onshore HVDC cables have been installed for the project.

The focus now is on readiness for next year’s subsea cable installation campaigns. The second, expected to begin in the spring, is set to involve another 57 kilometers of cable from Weisdale Voe on Shetland heading south into the North Sea.

The third campaign will take place later in 2023, which will complete the full subsea HVDC link.

“We’re delighted that the first cable laying campaign is complete, meaning the first 100km of the Shetland HVDC link subsea cable has safely been installed on the seabed heading north from the Noss Head shore. It has been a complex operation involving multiple parties, and we’re really pleased that this first campaign has been completed safely and successfully,” said SSEN Transmission lead project manager Chris Finnigan.

“At the same time the team has successfully completed the land cable installation works between the shoreline at Noss Head to the new HVDC Switching Station as well as on Shetland, marking a huge achievement and a massive milestone for the project.”

To remind, NKT secured the €235 million contract from SSEN Transmission in the summer of 2020 to deliver and install an interconnector to the project.

The Shetland HVDC subsea link is expected to be completed by 2024. 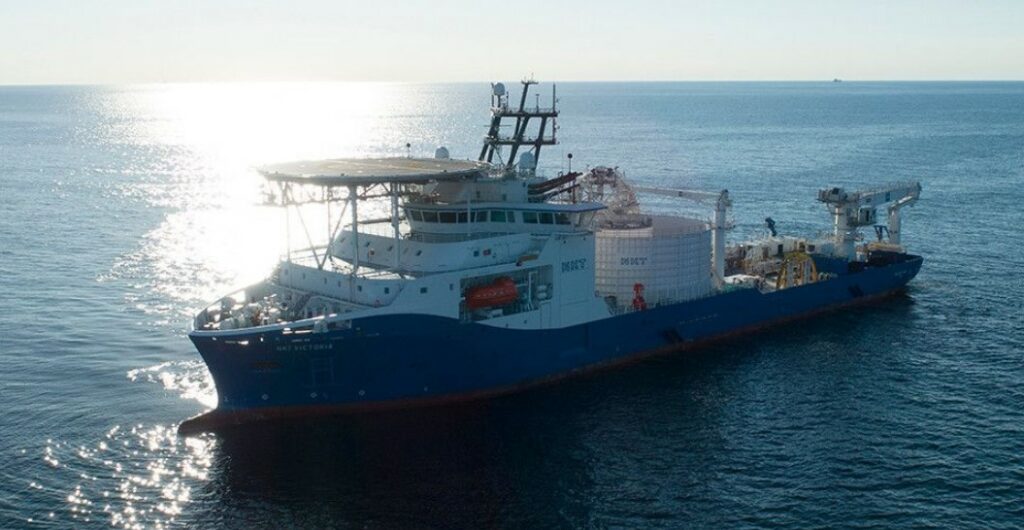