Campaign 1, which begins at Noss Head, North of Wick, started on 23 June and is scheduled to take place until 18 December.

NKT Victoria is in charge of laying the cable, after which Grand Canyon III is used to trench it to the required burial depth in the seabed.

Any sections along the cable route that cannot be trenched, rock placement will be undertaken to achieve the required protection, Scottish Hydro Electric Transmission said.

The rock placement works will be completed in two campaigns. All work will be on a continuous basis.

Within the Noss Head Marine Protected Area, the cable will be surface laid and protected by a cable protection system.

Seven guard vessels are planned to be used to guard any unprotected cable along the cable route.

The Shetland link will be the first transmission connection between the Scottish mainland and the island of Shetland.

To remind, NKT landed the €235 million contract from SSEN Transmission in the summer of 2020 to deliver and install an interconnector to the Shetland HVDC link project.

The company commenced the installation of the ten-kilometer onshore cable for the 600 MW connection in July last year.

The plan is to have the project completed by 2024. 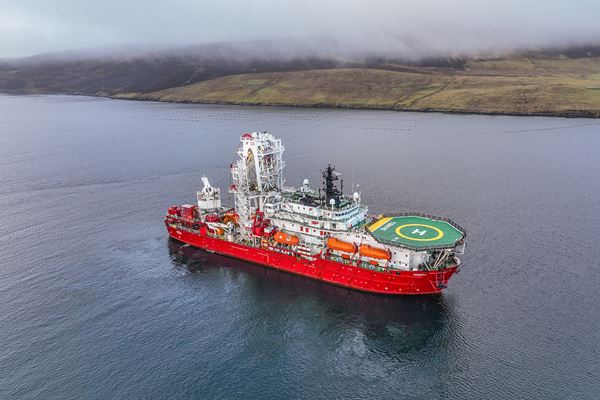