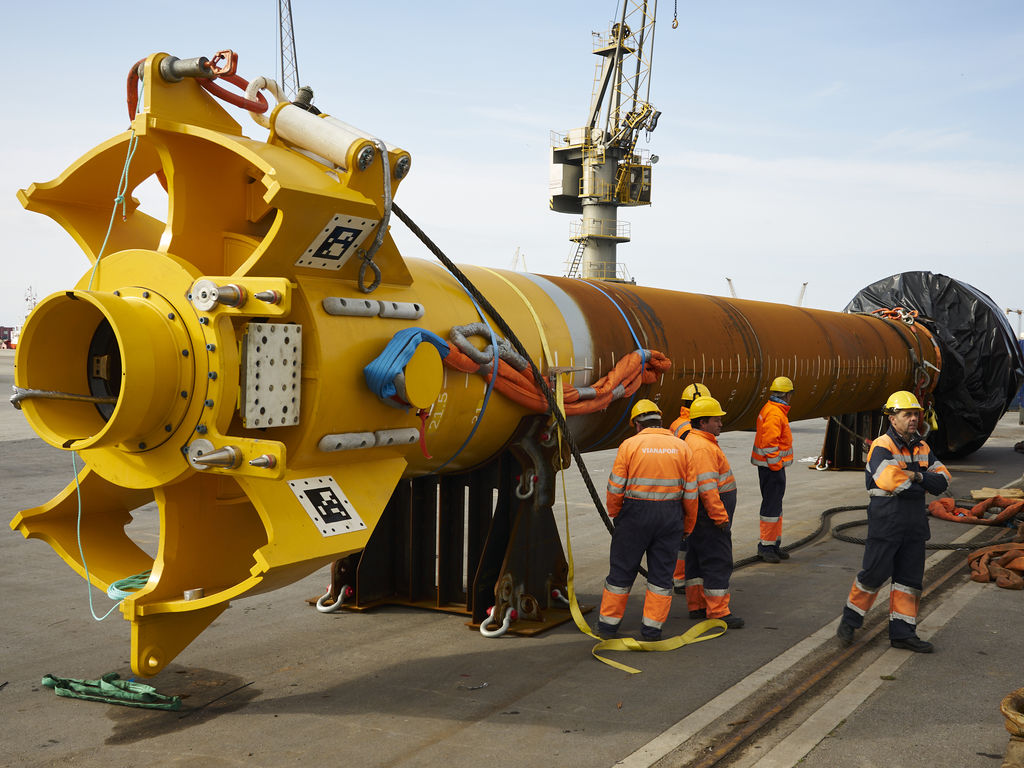 Photo: UMACK anchor ahead of installation in northern Portugal (Courtesy of CorPower Ocean)

The novel anchor has been installed 4 kilometers off the coast of Aguçadoura, in northern Portugal, where it will be used to anchor the CorPower C4 wave energy converter, as part of the company’s flagship HiWave-5 project.

Developed by a European consortium of experts led by CorPower Ocean, the UMACK technology is said to provide a step-change improvement to the vertical holding capacity of pile-type anchors.

It offers ‘significant reductions’ to cost and carbon footprints compared to both monopiles and gravity foundations and can support offshore installations such as marine energy devices, floating wind and aquaculture, according to developers.

Ian Denton, CorPower Ocean’s senior engineer, said: “The UMACK anchor has now been installed in northern Portugal. We installed the pile using a 500MU vibro-hammer supplied by Dieseko, supported by a heave-compensated crane on the Maersk Achiever vessel. The installation method works by vibrating the anchor into the seabed, offering a high speed, low-noise solution which minimizes impact on the marine environment.”

Denton added the UMACK anchor design and installation plan was tailored for the C4 wave energy converter and specific requirements of the Aguçadoura site.

The UMACK anchor for the HiWave-5 project is 1.6 meters in diameter, 24 meters long, weighing 43 tonnes, with an ultimate tensile capacity in excess of 15MN.

By comparison, a conventional monopile with the same capacity would be circa 4.5 meters in diameter, 22 meters long, with 153 tonnes in weight, according to CorPower Ocean.

The innovative technology includes a pile tip design which exhibits reduced soil resistance during vibro-installation, enabling the anchor to be driven to the desired penetration depth. Once the vibration stops, the UMACK anchor mobilizes a large volume of soil which enables it to generate significant tensile capacity. Durable enough to resist more than 100 million load cycles, the UMACK anchor is suitable for seabeds of sand and clay mixes.

“Pile anchors, as used for the UMACK installation, are likely to be one of the main anchoring systems used for marine energy devices, in particular in mooring systems for commercial floating wind farms.

“This innovative technology brings significant added value such as cost reduction. We are looking forward to continuing to support such innovations and to working with CorPower Ocean on future developments,” said Jonas Munch Agerskov, chief commercial officer at Maersk Supply Service.

The Aguçadoura site will initially accommodate a single CorPower C4 wave energy device, which will later form part of a larger four-system array, and one of the world’s first grid-connected wave farms.

The HiWave-5 project ultimately aims to introduce certified and warrantied wave energy products to the market, and is funded by the Swedish Energy Agency and Portugal 2020 through AICEP Global and CCDR-N. 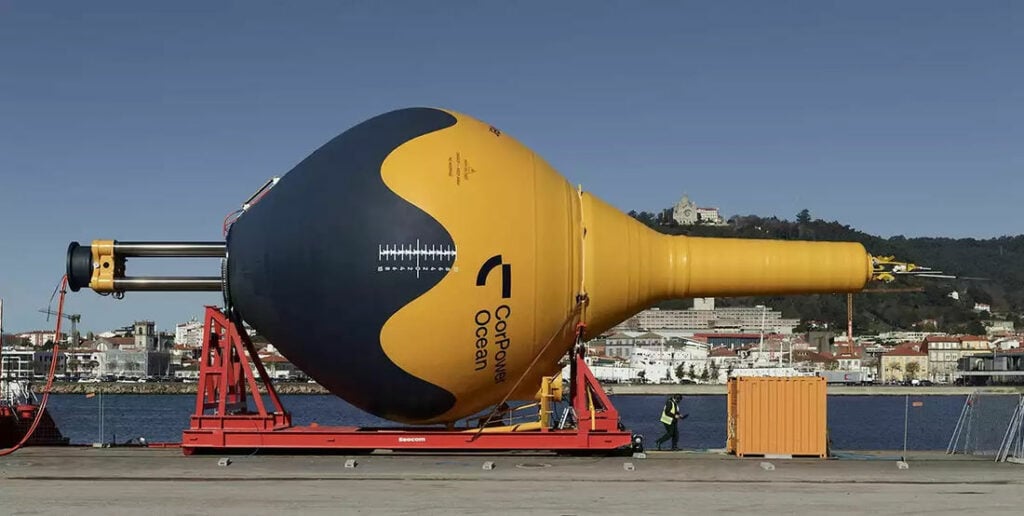