The Safety Committee has chosen eight nominations for the IADC Safety Award with one nomination to be announced every Monday per week, starting from 25 July, 2016.

During the dredging and reclamation works of Brisbane Airport Corporation, the company installed a Cavotec Moormaster system for a safe mooring operation.

The MoorMaster is a fully automated mooring system, using large vacuum pads, installed on rails, with a holding force of 20 tonnes per pad, creating as such a fast and secure connection between the temporary mooring facility and the vessel.

The vacuum pads are monitored, controlled and positioned via a hydraulically actuated robotic linkage. This automated system was able to hold TSHD Charles Darwin in position alongside berthing dolphins during discharging process without the use of any mooring ropes.

Advantages of this system include: the improvement of personnel safety and injuries during mooring reduced to nil; ship’s crew can become more efficient and maintain uninterrupted rest hours; movements on deck are reduced; and mooring load status is constantly monitored and event logs can be reviewed with mooring loads and status known at all times. 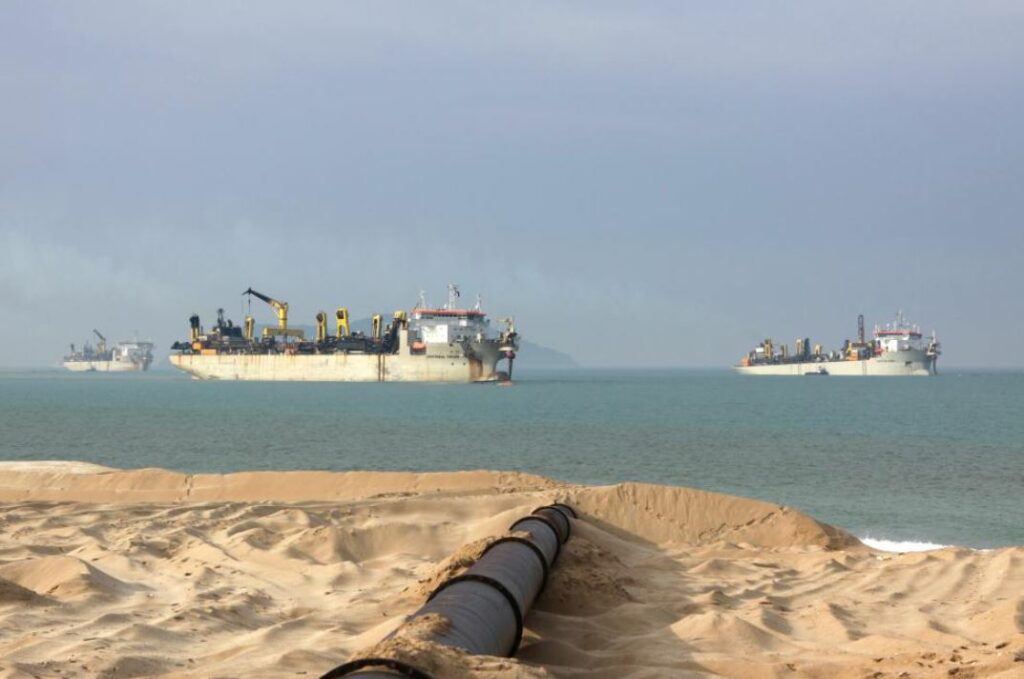