The Department of Defense (DOD) announced awards to researchers at Scripps Institution of Oceanography, UC San Diego that will help scientists characterize waves, improve ocean weather and climate prediction, and analyze acoustics in the deep ocean.

The Defense University Research Instrumentation Program (DURIP) grants support the development of instruments that have a wide range of military applications.

“I congratulate the researchers at UC San Diego for their DURIP awards,” said U.S. 53rd District Rep. Susan Davis. “This federal funding will strengthen innovation, and will allow these researchers to develop new technologies and improve our understanding of the oceans in support of our nation’s defense.”

“These awards represent the generous ongoing support by the Navy of research at Scripps but it’s been shown that the beneficiaries of these advances in science extend beyond Scripps,” said Scripps Director Margaret Leinen. “In fact, they benefit all who rely on the blue economy.”

“UC San Diego’s much-deserved awards will not only allow scientists to develop cutting-edge technologies and advance defense research, but will also support the San Diego region’s blue economy,” said U.S. 50th District Rep. Duncan Hunter. “The San Diego region is home to a vibrant maritime economy that is enhancing our country’s maritime safety and security, and these DURIP awards will go a long way to supporting that effort.”

The awards, administered through the Office of Naval Research, continue a history of collaboration between Scripps and the U.S. Navy that dates back to the years immediately prior to World War II, when the Navy would charter Scripps’ sole research vessel, E.W. Scripps, for research. In recognition of the 70th anniversary of the D-Day invasion, the Navy acknowledged the role played by Scripps researchers in developing ways to time amphibious assaults on Nazi positions using wind forecasts to select periods with favorable surf and swell conditions.

“San Diego is a global leader in defense and science technology innovation, and UC San Diego is a key player in our region’s success. I applaud these researchers on their recent DURIP awards,” said U.S. 52nd District Rep. Scott Peters. “These awards will support the development and acquisition of state-of-the-art instrumentation, while advancing America’s competitiveness and speeding up the transition of new technology to practical defense applications.”

The DURIP awards support development of a number of different oceanographic tools:

· Marine acoustics researcher Bill Hodgkiss will design and fabricate a two-dimensional, 256-element hydrophone array for use in the collection of mid-frequency (0.5-10 kHz) ambient noise and underwater acoustic propagation data in deep water. Data from the array will improve the understanding of the spatial and temporal dynamics of the mid-frequency ambient noise environment and will be used in the development of Navy signal processing algorithms operating in this frequency band.

The grant augments a previous DURIP award in which a 128-element vertical hydrophone array was developed and deployed. The existing hardware will be expanded and reconfigured into the two-dimensional array geometry, said Hodgkiss.

· A DURIP grant awarded to Bruce Appelgate, associate director for Ship Operations and Marine Technical Support at Scripps, will enable the installation of a scientific radar that makes precise real-time measurements of surface waves around the research vessel Sally Ride, which is currently under construction. Scripps anticipates taking delivery of the vessel in 2015.

“The sensors, instruments and systems made possible by the DURIP program fundamentally improve our ability to measure and observe physical processes in our ocean and atmosphere,” said Appelgate. “With these tools, Scripps scientists will make new discoveries and extend our understanding of oceanographic phenomena that profoundly effect ecosystems, coastal communities, and society at large.”

· Researcher Eric Terrill received funds to support the Global Wave Buoy Array. The array will be comprised of small, expendable drifter buoys equipped with GPS technology that measures the height, period, and direction of ocean waves and reports these data back to Scripps via satellite.

“The array will allow scientists to study the generation of waves and propagation of swell in the world’s ocean basins, a vast area that is amazingly under-sampled,” said Terrill. “The data will allow us to improve and validate global wave forecasts.”

· Oceanographer Andrew Lucas received funds to develop the real-time telemetry capabilities of the Wirewalker wave-powered profiler. The Wirewalker was developed at Scripps by the Ocean Physics Group, led by Scripps oceanographer Rob Pinkel, who conceived of the Wirewalker design. The Wirewalker traverses a vertical wire suspended beneath a surface float, propelled by the energy in ocean-surface waves. This robust mechanical system can profile a variety of ocean phenomena indefinitely. At present, deployments are limited by the batteries powering the sensors and the need to recover the vehicle to download data.

This real-time system will transfer data from the vehicle to the surface float, and from the float to shore via satellite or cellular communications. In addition to monitoring sensor and vehicle performance, real-time data transfer allows for data redundancy, adaptive event-based sampling, and long-term monitoring for ecologically sensitive regions such as Marine Protected Areas, said Lucas.

· Physical oceanographer Rob Pinkel received funds to significantly upgrade an existing Hydrographic Doppler Sonar System (HDSS) mounted on the hull of Scripps research vessel Roger Revelle. The DURIP award will improve the range of the system by upgrading the power amplifiers on its 50 kHz sonars. The sonars record data at all times when the vessel is under way in unrestricted waters.

The proposed program is geared toward enhancing the depth range of the sonars, enabling improved observations of deep, fine-scale structures in the ocean. Since HDSS data are freely available, they are widely used by students, postdoctoral researchers, and younger scientists. Demand for HDSS data is growing as the data become progressively more accessible to science users, said Pinkel.

“The DURIP program is a significant source of scientific tools supporting the individual scientist’s ability to stay at the experimental research edge,” said Dr. Frank Herr, head of the Ocean Battlespace Sensing Department at the Office of Naval Research. “My seagoing experiments rely on the DURIP program to continually advance the quality of the data we collect.” 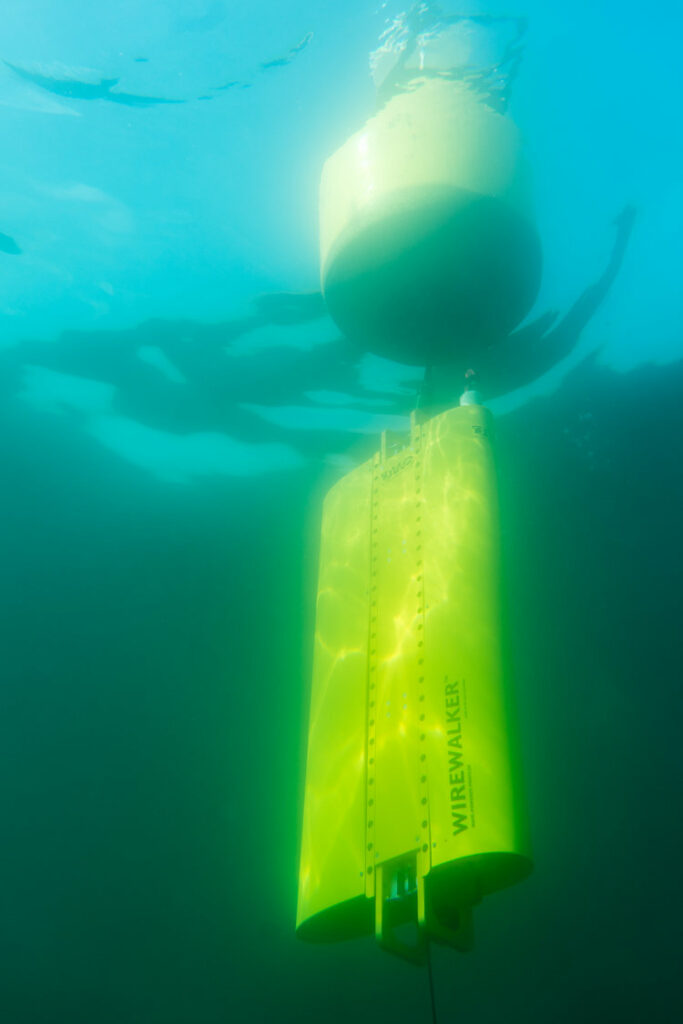