Fred. Olsen has informed that the US Naval Facilities Engineering Command (NAVFAC) will sponsor another deployment of BOLT Lifesaver device at the wave energy test site outside Marine Corps Base in Hawaii.

Final budget approval by NAVFAC and the formal project execution is expected to take place August this year, Even Hjetland, Project Manager at Fred. Olsen, confirmed.

Fred. Olsen’s point absorber wave energy device was recently retrieved from the US Navy’s Kaneohe Bay Wave Energy Test Site (WETS), and towed to Pearl Harbor where it will undergo refurbishment and modification before redeployment.

The device will be reinstalled at WETS’ 30-meter-deep testing berth around the end of the year for another round of testing which is expected to last for six months, according to Hjetland.

The project will be managed by Hawaii Natural Energy Institute (HNEI), with Fred. Olsen and University of Washington as subcontracted providers of hardware and engineering support.

Hjetland added that all marine operations will be conducted by a local marine services provider Sea Engineering.

The scope for this deployment, according to Hjetland, has three primary components. The first is to increase stiffness in the winch mooring lines for increased power performance.

Hjetland said: “Under the previous deployment at the 60-meter site, these mooring lines were way below specified stiffness values. This resulted in much of the hull motion being spent straining these lines rather than rotate the winch drum, resulting in reduced power production performance. We expect the increased stiffness to increase power production by about 50%.”

Also, Hjetland revealed that Applied Physics Lab at University of Washington will lead a mechanical, electrical and datalink integration of an oceanographic sensor package on the BOLT Lifesaver device, as well as the components from a subsea inductive charging technology by the Seattle-based company WiBotic, to enable demonstration of operating these systems with power generated by ocean waves.

“The application that Fred. Olsen is commercially pursuing with our wave energy technology, is as a provider of power and communication link to offshore systems. For this deployment, we also aim to demonstrate low power export and fiber optics link for a small sensor at about 15-meter water depth,” concluded Hjetland. 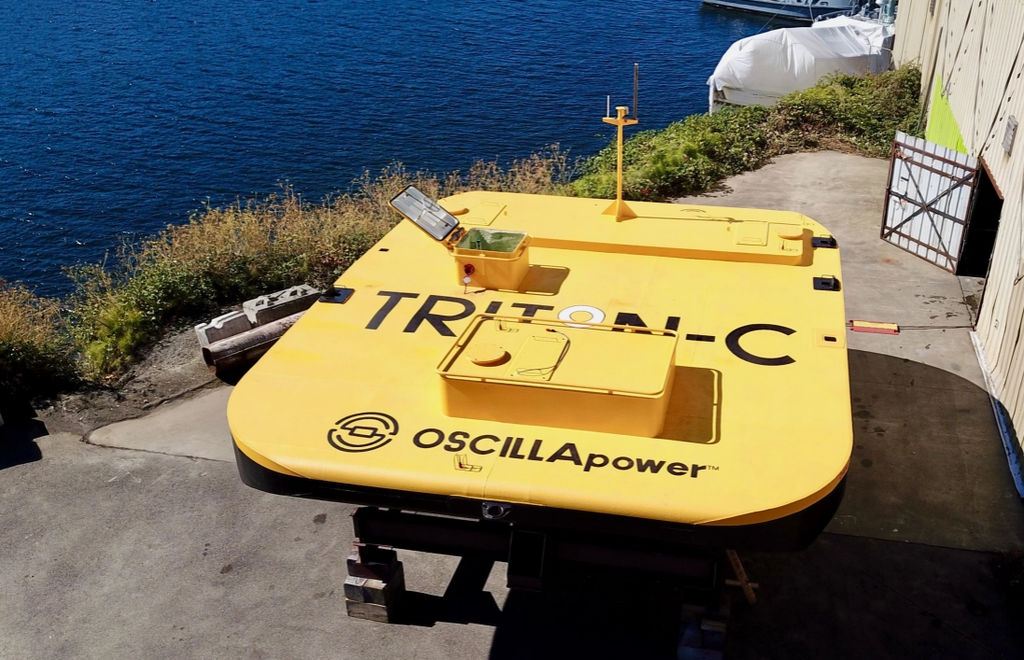