“Traditional bathymetric lidar technology requires customers to compromise between price, depth penetration and data density,” said Ed Saade, president of Fugro USA and regional director for Fugro’s Marine Division in the Americas. “With RAMMS, there’s no trade-off. It can achieve 3-Secchi disk depth penetration at a higher observation density than any comparable system on the market – and we’ve recorded seafloor depths as deep as 42 metres during a recent survey.”

Described as a first-of-its-kind multibeam lidar system, RAMMS was developed in partnership with Areté Associates. The system utilises push-broom laser technology and is based on 20 years of cutting-edge military technology for mine detection, developed via the U.S. Navy Small Business Innovated Research (SBIR) programme. It is also underpinned by over 25 years of bathymetric lidar experience for nautical charting.

RAMMS is the second major technology innovation offered by Fugro in partnership with Areté Associates. In 2015 the companies launched the pioneering aerial survey platform known as ROCIS (Rapid Ocean Current Imaging System) to measure surface ocean currents. Since then, Fugro has collected more than 168,000 nautical miles of ROCIS data in the US Gulf of Mexico to support offshore oil and gas operations. 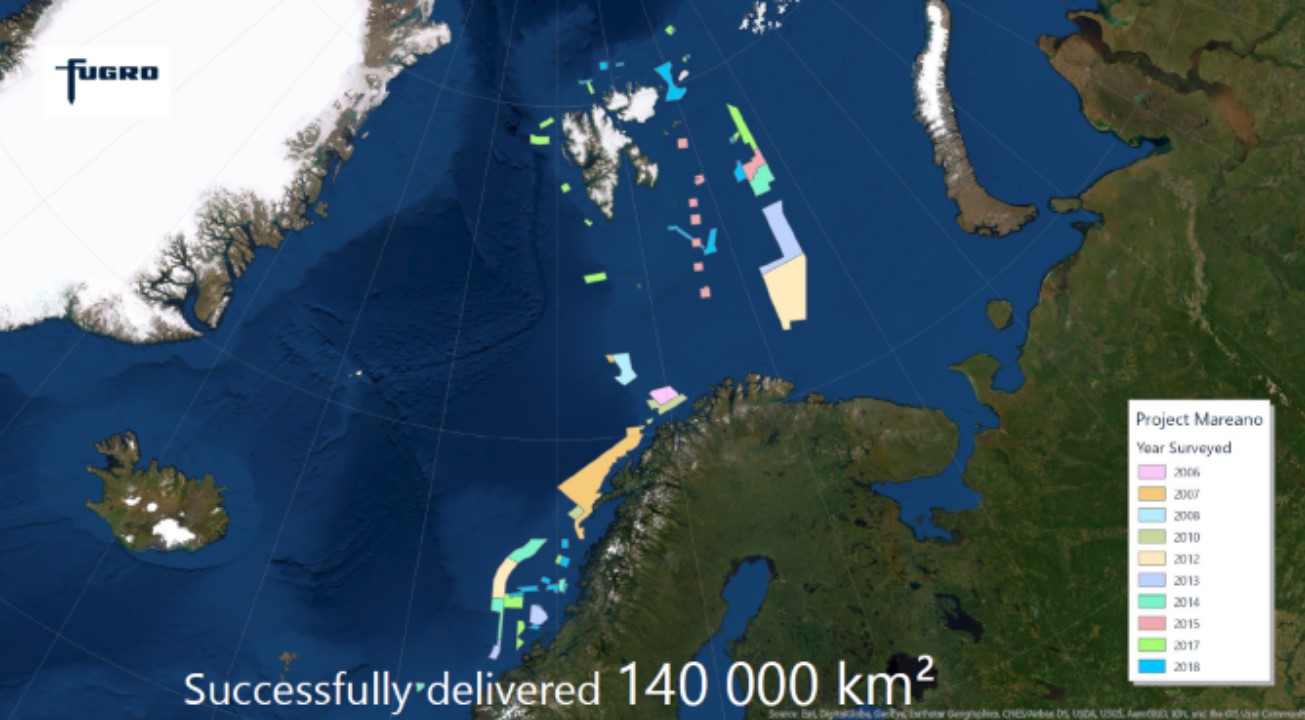