Classification society Bureau Veritas (BV) is supporting the classification and construction of two 40,000 cbm LPG carriers that will be ‘ammonia prepared’.

The ships are being built for Geneva-based company Geogas at Hyundai Mipo Dockyard (HMD) in the Republic of Korea.

The first unit is scheduled for delivery in June 2023.

“It’s great to confirm this project for the first ships that will receive our ‘Ammonia Prepared’ notation. BV was among the first class societies to develop such classification rules for future installation/conversion of ammonia propulsion,” Ulrik Dan Frorup, Chief Commercial Director, Bureau Veritas M&O said.

“Ammonia presents specific safety issues related to its toxicity that have to be addressed. The industry leadership we have shown in multi-stakeholder hazard identification (HAZID) and hazard operations (HAZOP) projects has supported the development of our rules and notations for ammonia as fuel.”

The new notation Ammonia-Prepared is applicable to newbuildings, and was developed to support ship owners, designers, shipyards and charterers. Ammonia-Prepared certifies that a ship has been designed and constructed to be converted at a later date to use ammonia as fuel.

“LPG carriers are frequently used to carry ammonia. From a technical point of view this makes the design suitable to be prepared to burn ammonia as a fuel. At Geogas we are committed in our ESG objectives to promote greener propulsion technologies that are technically feasible. LPG, LNG and ammonia gas fuels support these objectives,” Mark Etcheberry, General Director at Geogas, commented.

Bureau Veritas has also developed new rules for ammonia fuelled ships designed to be applied to newbuildings that will use ammonia as a fuel from delivery. 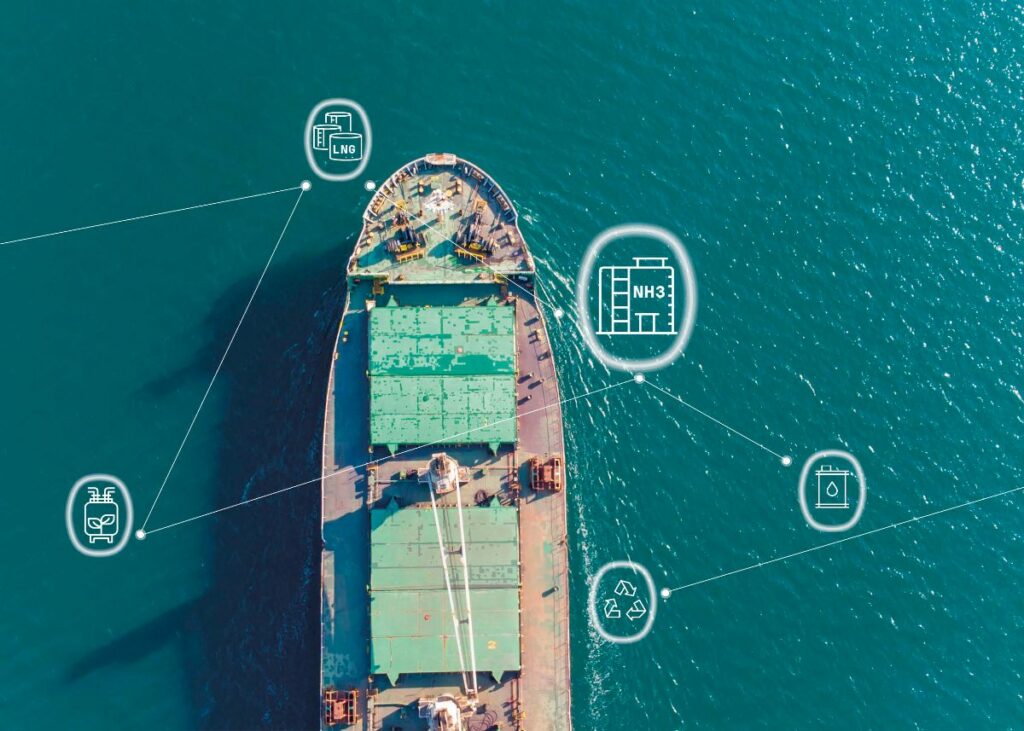