Classification society Bureau Veritas has published an Ammonia-Prepared notation and is developing a Rule Note for ammonia as a marine fuel to support advancement towards a zero-carbon future.

Bureau Veritas (BV) takes on the challenges of the energy transition by providing rules and guidelines to the safety, risk and performance requirements for innovation in future fuels and propulsion systems.

This new set of rules for ammonia is set in order to support ship owners, designers, shipyards, and charterers to move towards zero-carbon fuel.

Ammonia-Prepared notation is applicable to newbuilds. It certifies that the ship can be converted to use ammonia as fuel. The notation targets the spaces and structural components that will accommodate future ammonia fuel tanks, equipment, and installations. It also covers specific requirements for the conversion of engines and boilers from using fuel oil, LNG, or multiple fuels to ammonia.

Ammonia-Prepared is a prelude toNR 671, a full Rule Note on ammonia as fuel. This will primarily concern the safety aspects of managing ammonia in storage tanks, fuel-piping systems, and during bunkering.

With this, Bureau Veritas helps to address the challenges of using ammonia in the shipping industry. Those are considered to be its lower energy density compared to other fuels (about half that of LNG and about a third of fuel oil); its comparatively poor combustibility properties; and its toxicity, requiring stringent measures to protect crew and/or passengers from exposure.

Laurent Leblanc, senior vice president technical & operations at BV, said: “Ammonia is considered a key fuel on the road to the IMO’s 2030 and 2050 GHG and carbon reduction targets. We are working to advance its safe development and are currently involved in joint industry projects to assess the risks of ammonia. The release of these new notations is a major step to help ship-owners, designers, shipyards and charterers make progress in their sustainability journeys and inform their future investments.”

The rules from Bureau Veritas that are to come in 2021 will address methanol, ammonia, and hydrogen as marine fuels.

Bureau Veritas recently issued an Ammonia-Prepared approval in principle to GTT, clearing the use of existing Mark III LNG systems. 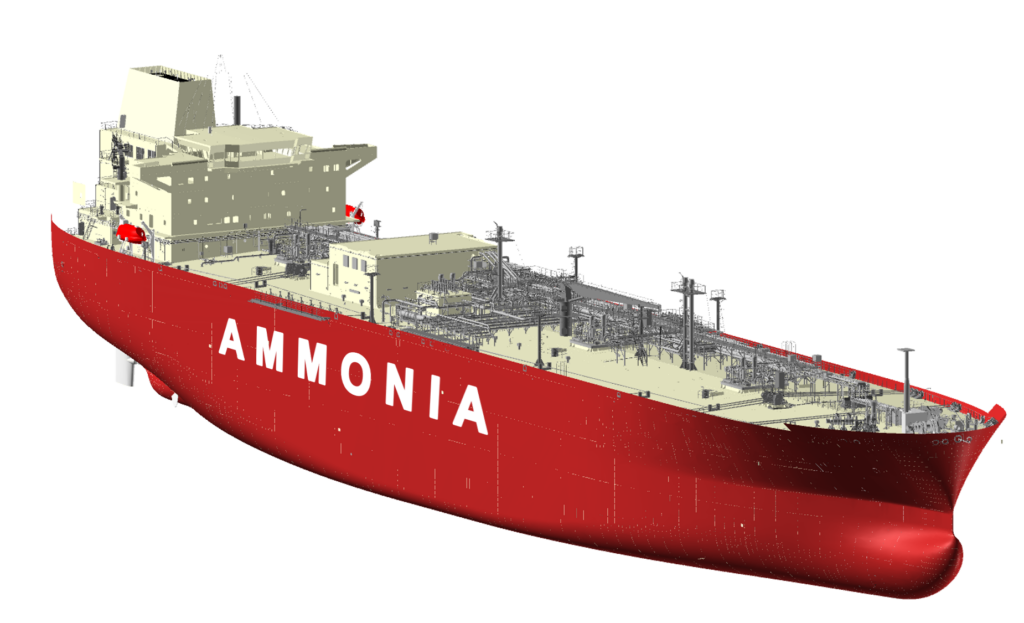